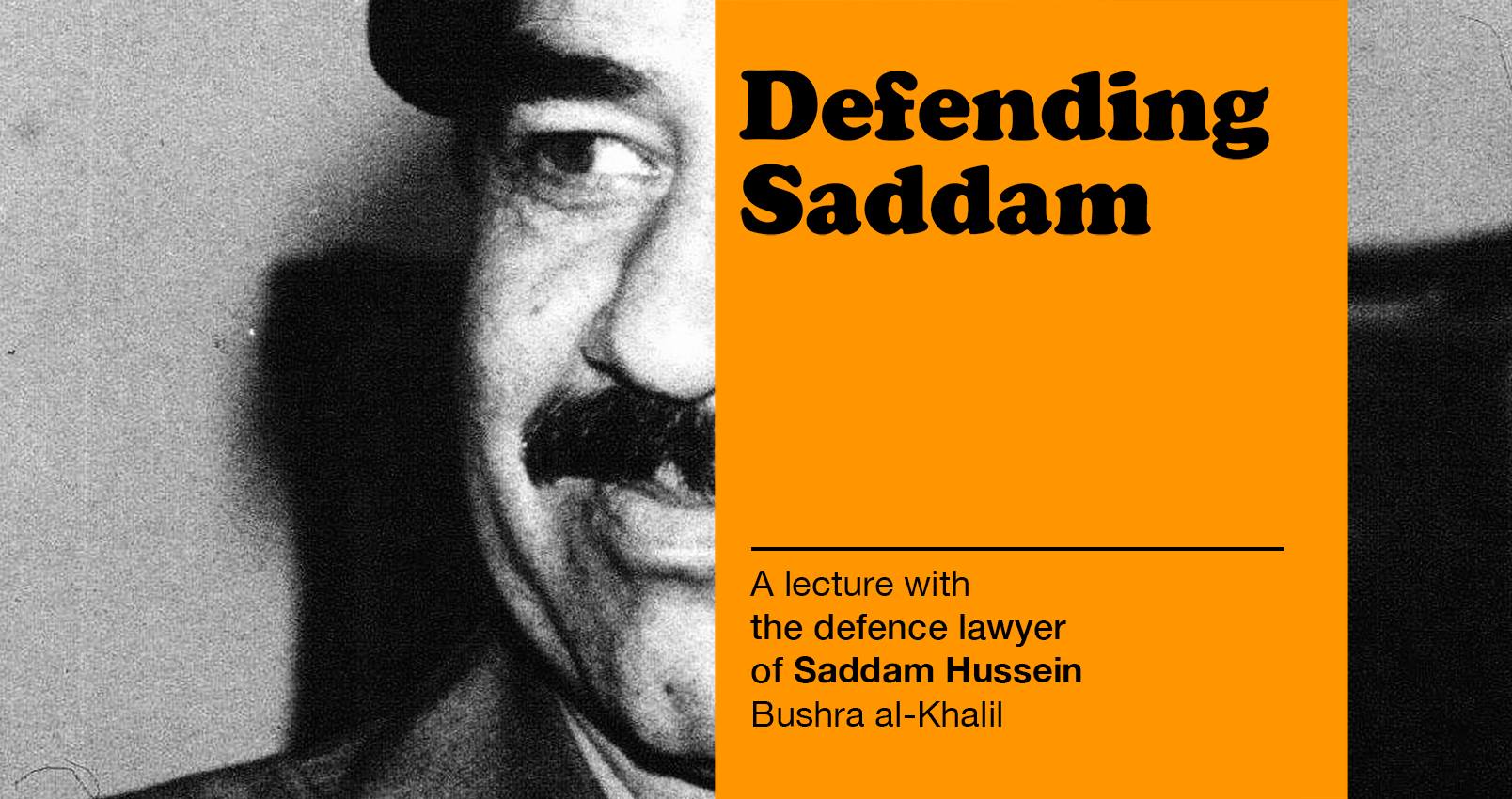 Posted at 13:40h in Lectures by WebEditor 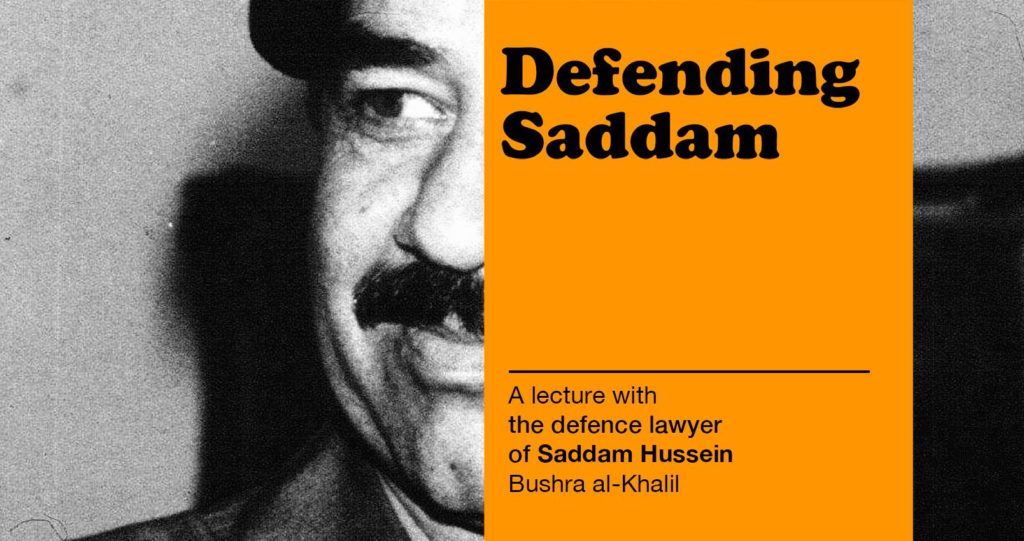 The defence lawyer of Saddam Hussein, Bushra al-Khalil, is coming to UF Uppsala to tell her story about one of the most significant trials of modern history.
Saddam Hussein, the Iraqi leader and dictator from 1979 until 2003, was captured by U.S. forces in December 2003. Under the Iraqi Special Tribunal, he was tried and found guilty on charges of war crimes, crimes against humanity, and genocide. The first trial began in 2005 and by November 2006, Hussein was sentenced to death by hanging – a charge carried out less than a month later. Both during and after it was held, the trial caused controversy in large parts of the world. It has had immense implications on world politics and on power relations in the Middle East. As the final result of the American invasion, its effects are still today felt across the region.
Bushra al-Khalil is a lebanese lawyer best known as one of the legal defenders of Saddam Hussein during his trial. This is a rare opportunity to hear her personal experiences of the trial as the sole woman in the legal team, of meeting Saddam, and of her opinions on the trial that changed the world.
The lecture will be held in Arabic and translated to English. Bushra will speak for one hour, after which the lecture will be open for questions. The Q&A will be moderated by Uppsala University law student Alice Aronsson.
Welcome!
NOTE: UF is a politically and religiously independent association and we will always promote the declaration of human rights. Bushra al-Khalil has defended a man responsible for crimes against humanity, we are aware that the topic is controversial. Our purpose is to further discussion on international topics, and this lecture is a unique opportunity to do so.
In collaboration with Folkuniversitetet.
Date: 4th of May 2017
Time: 18:15
Place: Ekonomikum, Lecture hall 3
Admission: Free for members, 60 kr for non-members. Become a member at the lecture, 100 kr for one year of membership!
The Facebook event is HERE.