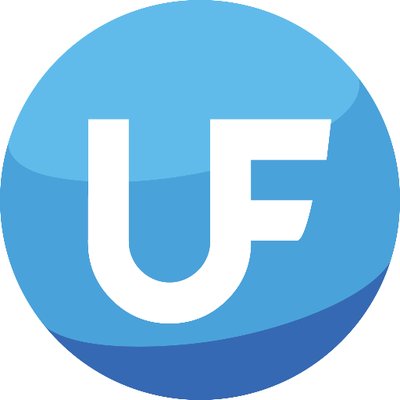 UF Uppsala has from the start always been a politically and religiously impartial association, with the aim to survey and promote serious debate related to international politics. UF Uppsala supports the UN Declaration of Human Rights and the European Convention of Human Rights.

During the association’s first years, 1948-1960, UF Uppsala concentrated on arranging lectures, political discussions, and study circles. The association also arranged workshops focused on writing resolutions in cooperation with other similar associations. During these years, prominent speakers included among others the famous Swedish authors Per-Anders Fogelström and Per Wästberg; the former French council president Pierre Mendès-France; Herbert Tingsten, the editor in chief for Dagens Nyheter, one of Sweden’s largest newspapers; and Henry Osborne, British member of parliament

In the midst of political turmoil

During the politically turbulent 1960s, UF Uppsala arranged lectures with among others Abba Ebans, Israeli minister of foreign affairs, and Leopold Senghor, president of Senegal. These lectures aroused much debate, and in line with the time, gave rise to protests and demonstrations. In 1968, the association had 1660 members, which still stands as record. During the 1970’s, the debate climate calmed down, and UF Uppsala mainly focused on arranging study circles on topics such as economics, feminism and women’s rights. The association was visited by prominent guests, such as the Swedish prime minister Olof Palme, the German journalist Günther Wallraff, and the political power-couple and Nobel Prize laureates Gunnar and Alva Myrdal.

During the 1980s, the number of members rapidly declined, and the association entered a stage of crisis. Luckily, the tide turned in the middle of the decade. More ambitious projects during the period involved a series of lectures, panel debates and issues of Uttryck Magazine on the topic ”Peace in Europe”. In 1985, UF Uppsala decided to leave the International Association’s Central UN Organisation (UFFN), since they had lost confidence in its board and financial management. UF Uppsala left the strict commitment to traditional International Affairs, and brought up environmental issues as a topic of interest, completely in line with the political trends of that time.

During the 1990s, the interest in international affairs began to grow among Uppsala University students. With help from the Department of Foreign Affairs, Uppsala University and SIDA (the Swedish International Development Agency), UF Uppsala was able to stabilize its finances. The association arranged a field trip to SVT (the Swedish National Television Broadcaster), and further developed Uttryck Magazine. UN Secretary Generals Boutros Boutros-Ghali and Kofi Annan were invited to speak. This inspired UF Uppsala to arrange so called UN-simultations, the larger of which was lead by Bengt Westerberg, former head of the Swedish Liberal Party. On April 25th 1998, UF Uppsala celebrated its 50 year anniversary.

Every year, UF Uppsala travels to different places around the world. For example, UF Uppsala has during the last couple of years travelled to the UN Headquarters in Geneva and New York, Israel-Palestine, White Russia, Iran, the universities in Ljubljana, Zagreb and Bologna, Turkey, Ukraine, Uganda, Morocco and Cuba. Uttryck Magazine is issued thrice a year, and is an important part of the association itself. Radio UF, the association’s own radio program, was started in 2006, and airs once a week on the Student Radio’s frequency. In 2016, a brand new web-edition of Uttryck Magazine was issued online.

Around the millennium, UF Uppsala had about 300 members. The interest in the association’s activities has since then increased, and currently, UF Uppsala has around 1000 members. Much work revolves around the lectures, that are held twice a week and concern different topics from all around the world. Prominent speakers during the last decade include Hans Rosling, famous Swedish professor in Global Health; Fredrik Reinfeldt and Göran Persson, former prime ministers of Sweden; as well as Mona Sahlin, Gudrun Schyman, Anna Kinberg Batra and Birgitta Ohlson, famous Swedish politicians. In May of 2016, UF Uppsala was invited to a lecture held by Ban-Ki Moon, former Secretary-General of the UN, and in February 2017, Margot Wallström, Swedish minister of foreign affairs, visited Uppsala university and UF Uppsala.

Since its foundation in 1948, UF Uppsala has been encouraging debate on topics concerning foreign politics and international affairs. We do this through weekly lectures throughout the academic year, a radio show, our magazine Uttryck, trips, and much more.

The lectures are free for members, while non-members pay 100 SEK. If you acquire your membership during January or February 2023, it will be free of cost.

When you sign up you get a 1-year membership. The membership automatically expires after this period. Included in the membership is three physical releases of the Uttryck Magazine, the possibility to come to our lectures, activities, parties, trips, and much more.