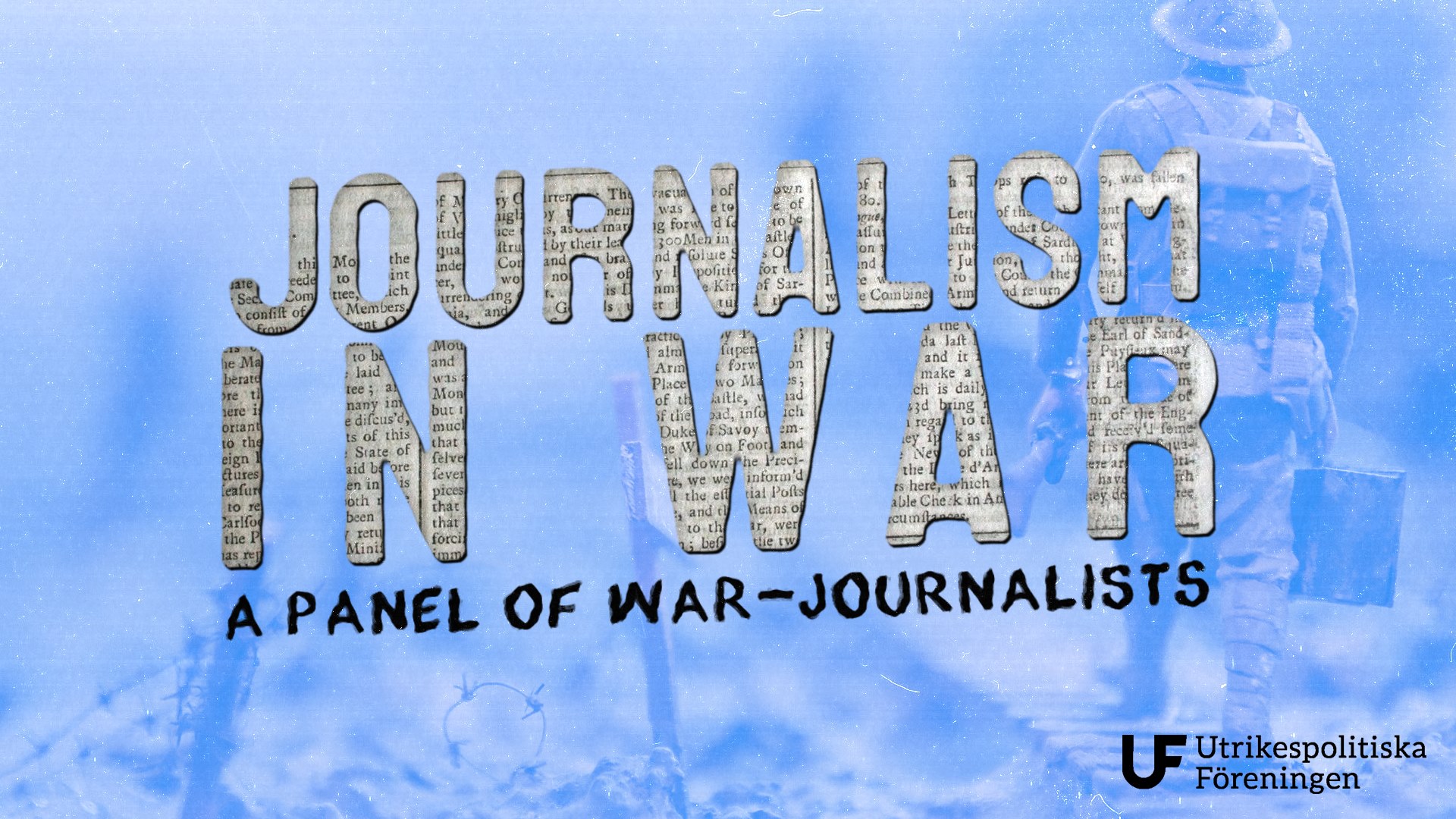 Posted at 18:11h in Featured, Lectures by wpvictor

Every day, we read articles and watch the news to learn about the new developments in conflicts around the world. Yet only rarely do we reflect on the risks associated with procuring this information for the brave journalists and photographers on the ground. We have invited Paul Hansen, Tanja Holm and Tom Kankkonen to speak about their personal experiences and to discuss questions like: What is their motivation to risk their lives to report on conflict? Or: Has war journalism changed in the times of fake-news?

Paul Hansen is a Swedish photographer working for Dagens Nyheter and his photos taken in conflict situations have been award winning. Lately, he has been working in Ukraine and Iraq.

Tanja Holm’s journalistic writing focuses on Yemen and Kosovo and is published mostly in Swedish newspapers. In addition, she lectures at, amongst others, the Middle Eastern Centre in Lund and Forum Syd.

Tom Kankkonen is a foreign News Reporter for Yle News in Finland. He mostly reports on Turkey, Syria and Iraq and was named Journalist of the Year 2015 for his reports from the Middle East.