Brazilian Elections: What is at stake for the 2nd round? 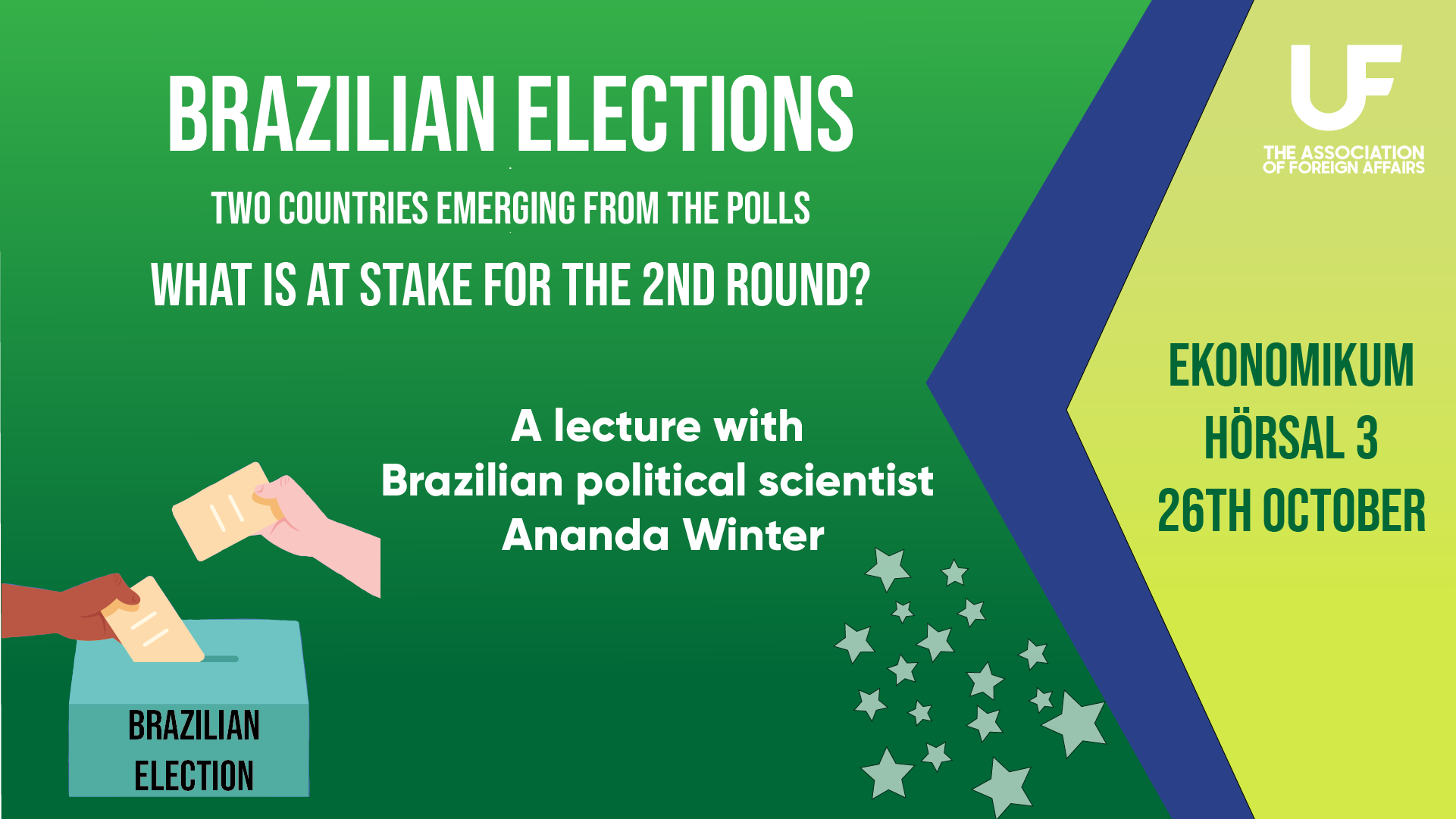 The Brazilian national elections’ first round happened on the 2nd of October. Despite expectations that the presidential elections could be settled in the first round, this is not what happened. Nevertheless, the new Parliament and the new regional assemblies were elected on that date.

In this lecture, we will first take a look at the two countries that these results depict. On the one hand, as in other countries, right-wing and center-right parties have lost ground to candidates from the extreme right. This far-right linked to the current president, Jair Bolsonaro, was already growing and now appears more consolidated. These representatives are linked to political agendas such as anti-gender and fundamentalist policies, policies that deny climate change, favor the arming of the population, and oppose indigenous people’s fundamental rights.

On the other hand, some progressive advances should be highlighted. For the first time, two indigenous women are part of parliament, as well as two transgender women, and the number of federal deputies elected who are part of the black movement has also grown.

How can we interpret these results? With the scenario in mind, we will move to what is at stake in the presidential elections’ second round, to be held on the 30th of October—addressing issues such as conceptions of the state, religion, political minorities’ rights, environmental policy, and, of course, democracy.

BECOME A MEMBER TO GET ACCESS TO OUR LECTURES

ONLY MEMBERS CAN ATTEND LECTURES FOR FREE

In UF Uppsala we work hard to host the most relevant lectures by the most knwoledgeable speakers, become a member and come with us to the weekly lectures.
LEARN MORE

Who is the lecturer?

Her research focuses on women in politics in Latin America, political representation, and Democracy.

Visiting doctoral student, at the Department of Government at Uppsala University.