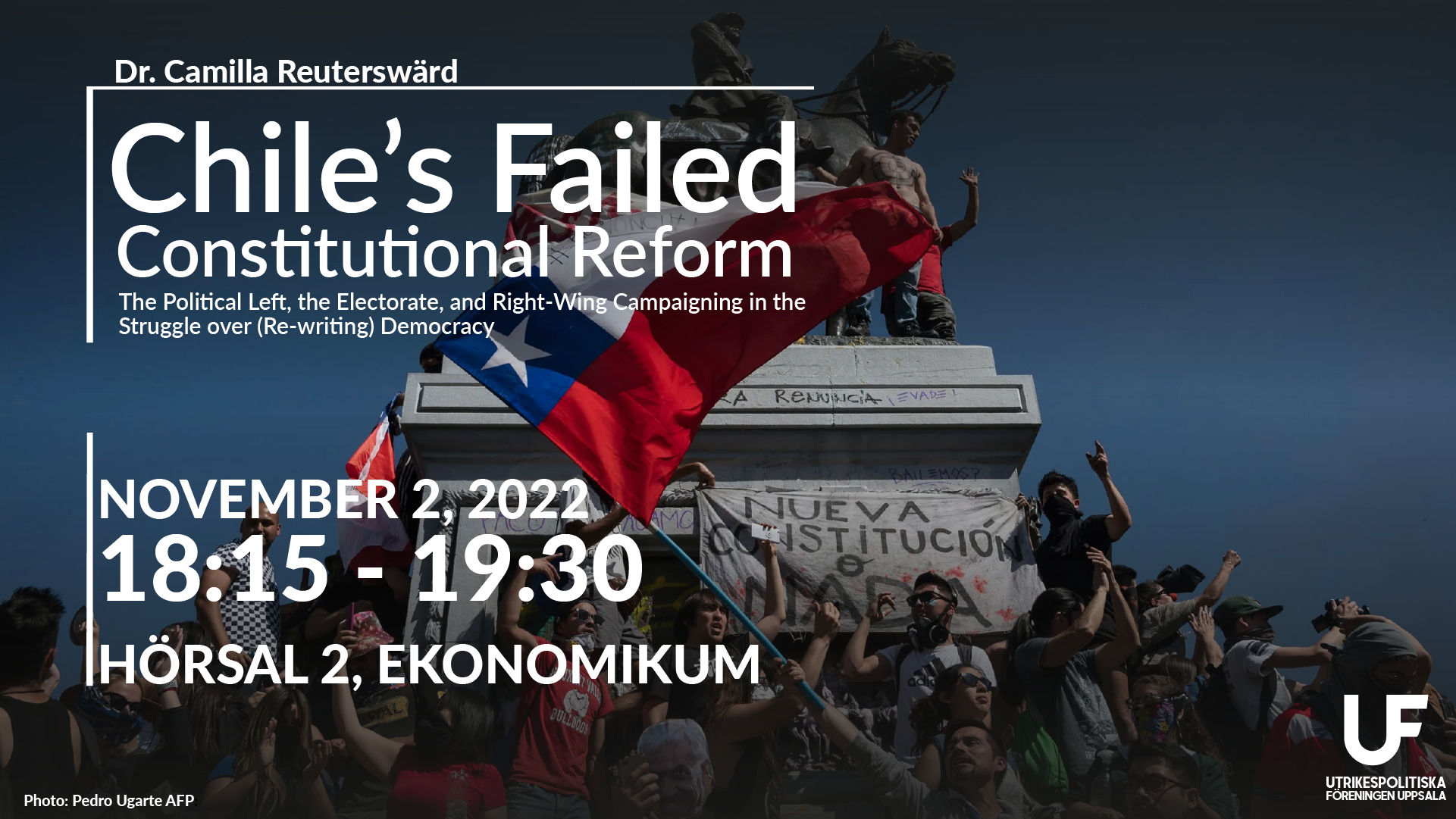 Let us know that you come through our Facebook event.

The failed constitutional referendum in Chile was held in 4 September 2022, to determine whether the citizenry were in favor of the new Political Constitution if the Repulic.

Rejected by the 62%, faced intense criticism before its decisive defeat.

The process to the referendum had marked an historic possibility to replace the country’s old constitution that dates back to Augusto Pinochet’s military dictatorship and outlived the democratic transition in 1990.

Hailed as one of Latin America’s most progressive constitutions, the draft included indigenous rights, universal health care, and gender parity among many other issues that sought to address and mitigate social discontent in one of the region’s most unequal countries.

Yet rather than becoming a watershed turn in the country’s history and a victory for the incumbent left, a majority of citizens rejected the change.

This lecture focuses on the factors that explain why the electorate, after the social protest of 2019 that was demanding a constitutional change, voted no in the national plebiscite.

BECOME A MEMBER TO GET ACCESS TO OUR LECTURES

ONLY MEMBERS CAN ATTEND LECTURES FOR FREE

In UF Uppsala we work hard to host the most relevant lectures by the most knwoledgeable speakers, become a member and come with us to the weekly lectures.
LEARN MORE

Dr. Camilla Reuterswärd is a researcher at the Department of Government at Uppsala University. Her research focuses primarily on social politics and gender policy with an empirical focus on Latin America.