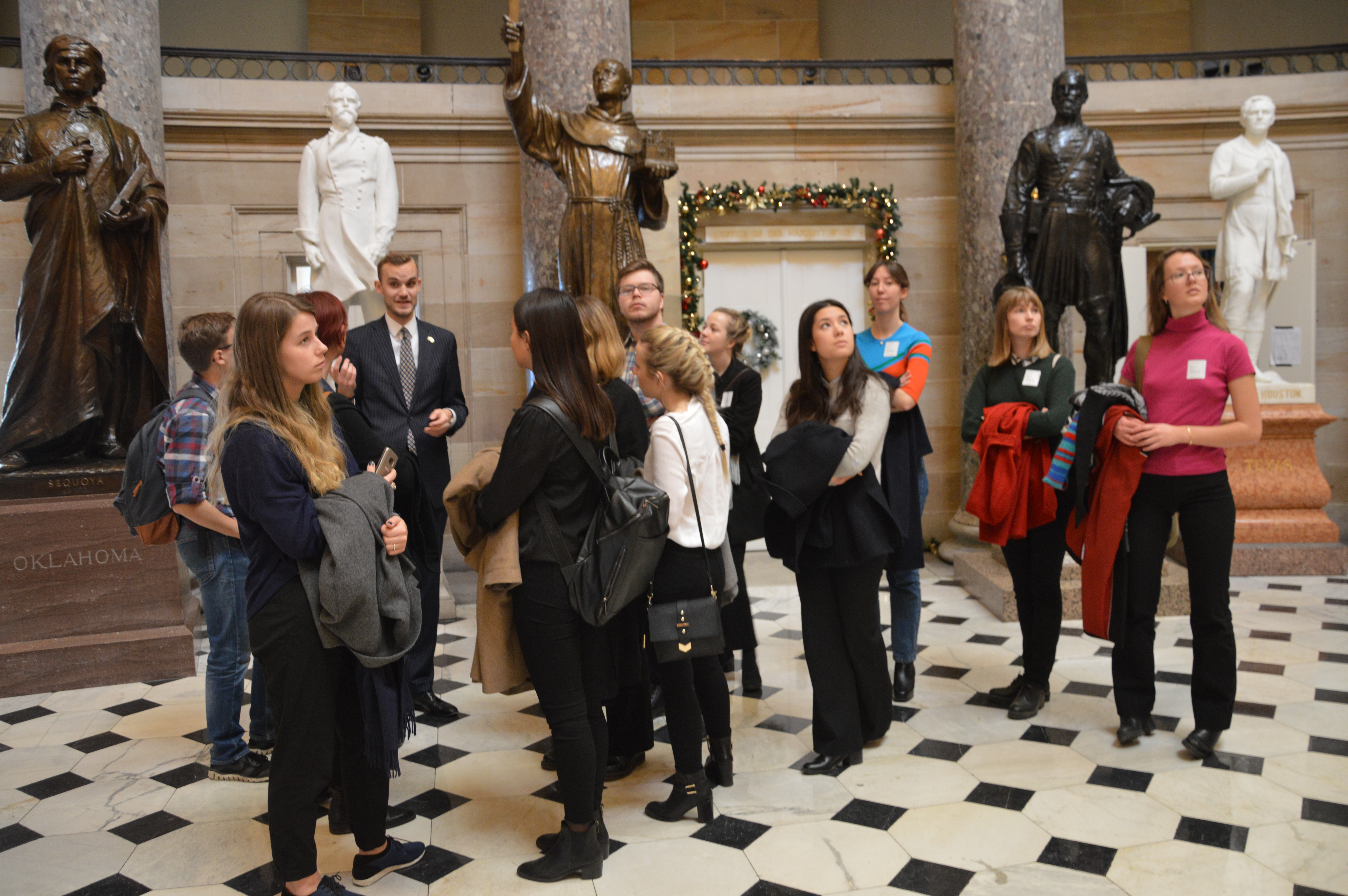 Hello everyone!
Thursday started off with a guided tour of Capitol Hill. We met Carl Dalerstedt, a congressional intern for Congressman Randy Hultgren, at the Rayburn Building – across the street from the Capitol Building. Randy is a big fan of Sweden, which you could clearly tell by walking around his office – it was full of Swedish memorabilia, combined with spaceships and Abraham Lincoln, of course. 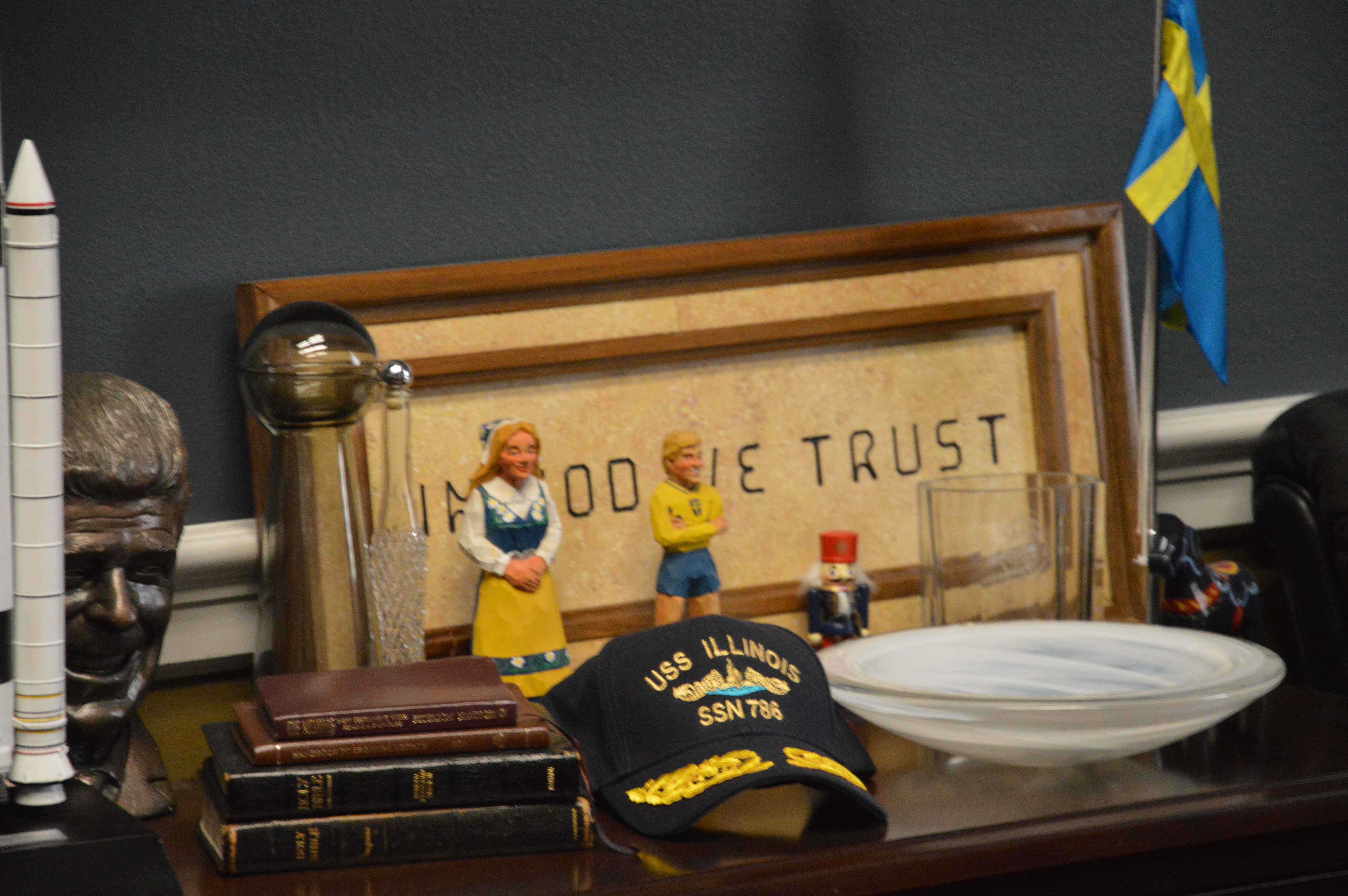 We felt very at home in Congressman Randy Hultgren’s office! 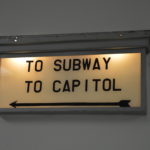 Carl showed us all around the Capitol Building – including the supercool subway under Capitol Hill, which takes Congressmen and women from their offices to the Capitol Building when it’s time to vote. Aside from admiring the beautiful architecture, we also got the chance to witness Congress in session (we even pledged allegiance to the flag along with House Speaker Paul Ryan – awkward, but fun).

In the National Statuary Hall at the Capitol, guided by Carl in fancy attire. 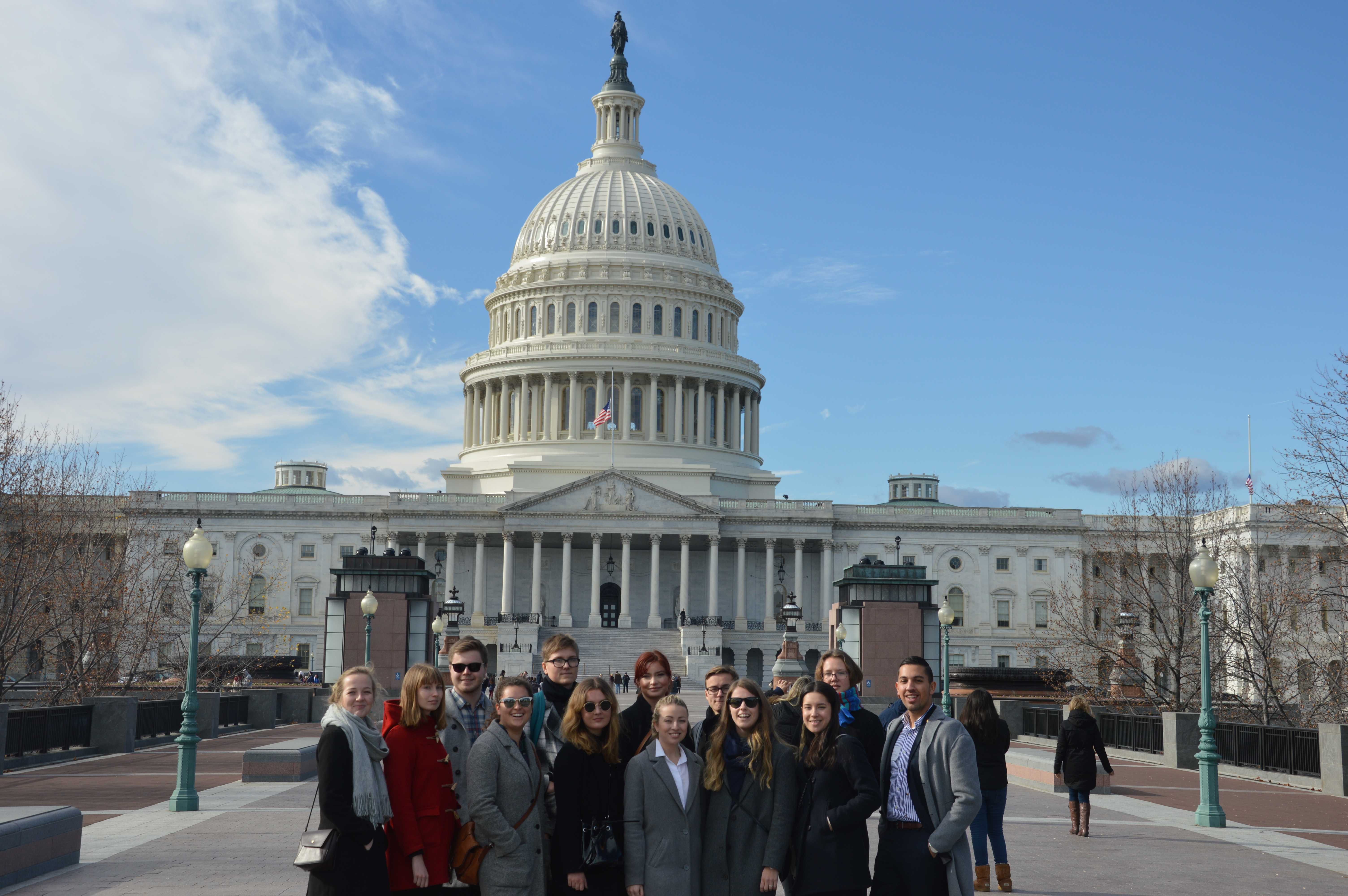 Outside the Capitol. We don’t even look hungry here!! (Spoiler: we were!)


After the tour, and some well-needed coffee and lunch (and some instagramming of Capitol Hill of course), we met up at Longworth Office Building, another Capitol Hill office connected by tunnel, to meet Hillary Lassiter, a legislative staffer for Congressman Diane Black. Congressman Black is a republican tea party member, and speaking with Hillary was very interesting as her views were quite different from many of the other people we had met. She answered some tough questions about abortion, gun laws, the travel ban and tax reform. She noted that our interests were a reflection of issues that are frequently seen in media, and not necessarily issues the Congressman tackles on a daily basis. 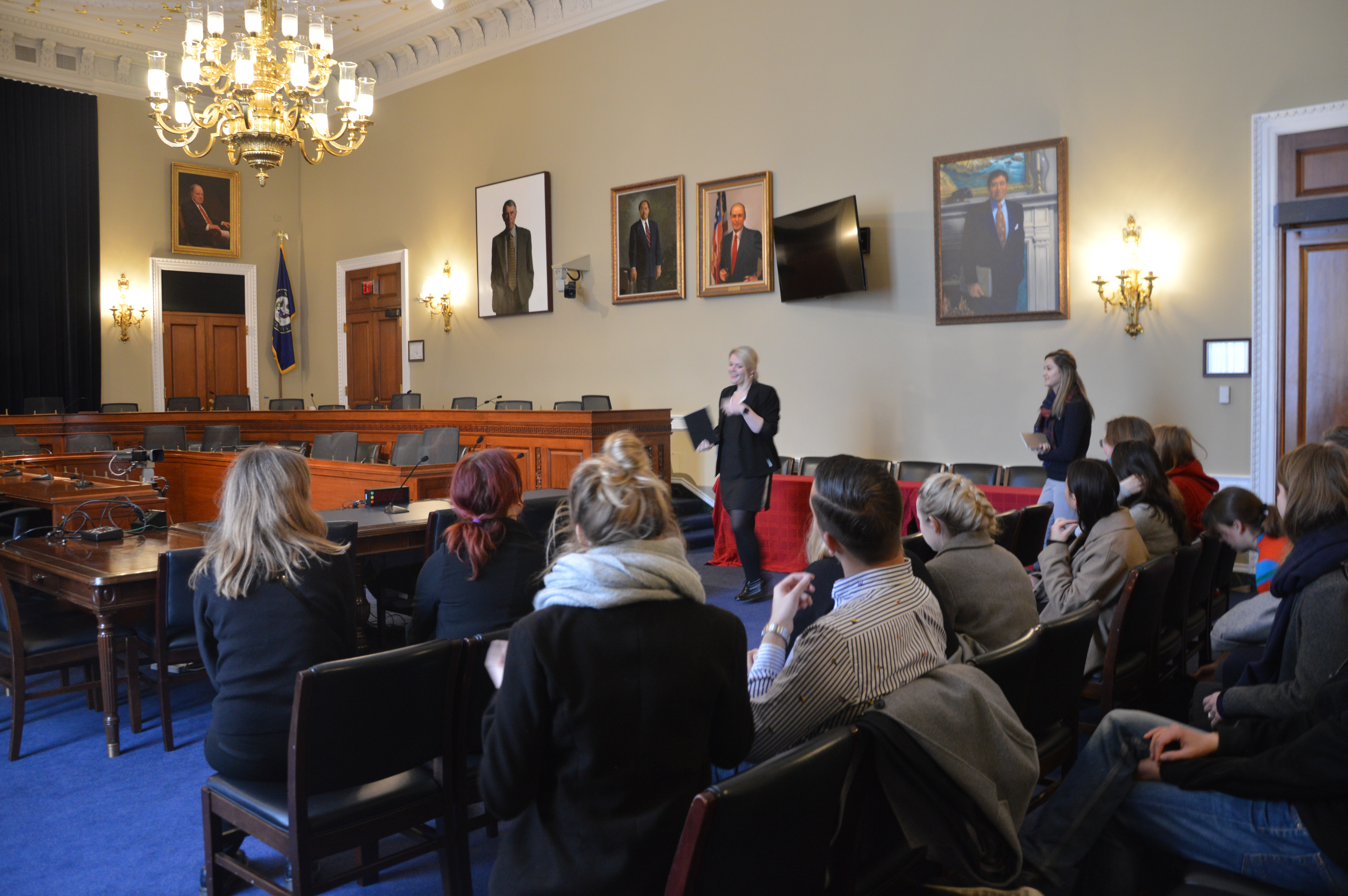 Here is Hillary Lassiter addressing us all inside a very beautiful committee room.

After an informative day, full of new impressions, information and inspiration (who isn’t inspired by all of those marble columns), we headed home. Some of us spent the night at the house with hummus and games, others went to our new favorite hangout, Le Diplomate (lovingly nicknamed Le Dip). We all fell asleep, excited – but also a little bit sad – for tomorrow, our last day in D.C.
Stina Fagerlund & Melinda Nilsson
Share
Print page
0 Likes