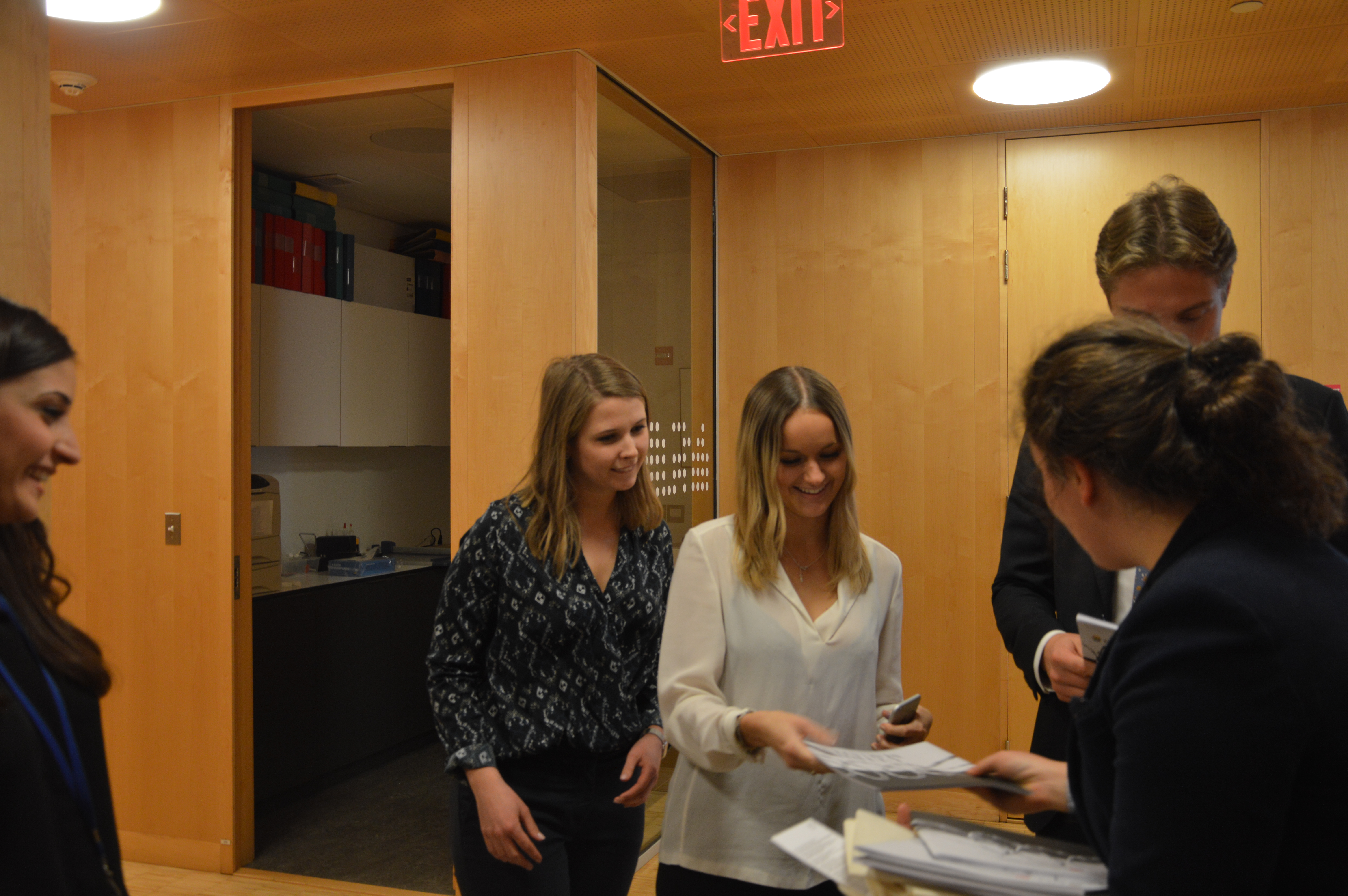 Hello!
Today was our last day in DC. We allowed ourselves to sleep in a little bit longer than usual, and after a slow breakfast most of us had a cheerful walk to Dupont Circle. We found a cozy combined bookstore and café, the perfect place for book lovers, coffee lovers and for those who wanted to return to Sweden with a slightly heavier suitcase. After a few changes in the schedule of the day and a quick lunch, we quite spontaneously headed to House of Sweden – an architectural masterpiece including a waterfall draped entrance and a bright birch wood interior.
Our first meeting there was with Kajsa Boglind, journalist and Washington DC correspondent for Sveriges Radio, public service radio in Sweden. Sveriges Radio has two correspondents in the US, who are supposed to cover New York (with a special focus on the UN) and Washington DC separately. However, Kajsa told us that since she entered the position in September this year, the high speed of today’s political discourse required support from the New York correspondent, Fernando Arias. According to Kajsa, this high rate of political events correlates to today’s media climate, in which the objective and impartial reporting risks competing with the value of writing what people actually want to read. She emphasized the importance of journalism that resists so-called clickbaits, not least given how the US president declares his opinions and strategies – that’s right, on Twitter. An interesting discussion followed, on topics such as the role of mass media contra the one of social media, and the difficulty of covering serious and complex thematics in a way that people understand when they lack previous knowledge. It was truly inspiring listening to Kajsa’s experiences and the dilemmas she deals with as a journalist in the political center of attention!
We stayed at House of Sweden to meet with a few Swedish students who are interning at The Swedish Embassy. They were very friendly and talkative, and they willingly answered our numerous questions from their perspectives as students. A helpful meeting for those among us who are interested in doing a similar internship. Thereafter Benjamin Escaig and Johanna Lindquist, political counselors at the embassy, welcomed us. We got to know a bit about their careers, and we became surprised and relieved realising the path towards a diplomatic career doesn’t have to be totally straight – who would have guessed that you can become a diplomat without being a super man/woman? Johanna and Benjamin spoke broadly about what their work revolves around as well as encouraged us all to follow our diplomatic or political dreams. Inspired, thankful and full of impressions we left the building and headed home.

Valentina giving out Uttryck magazines to the lovely interns at the Embassy. 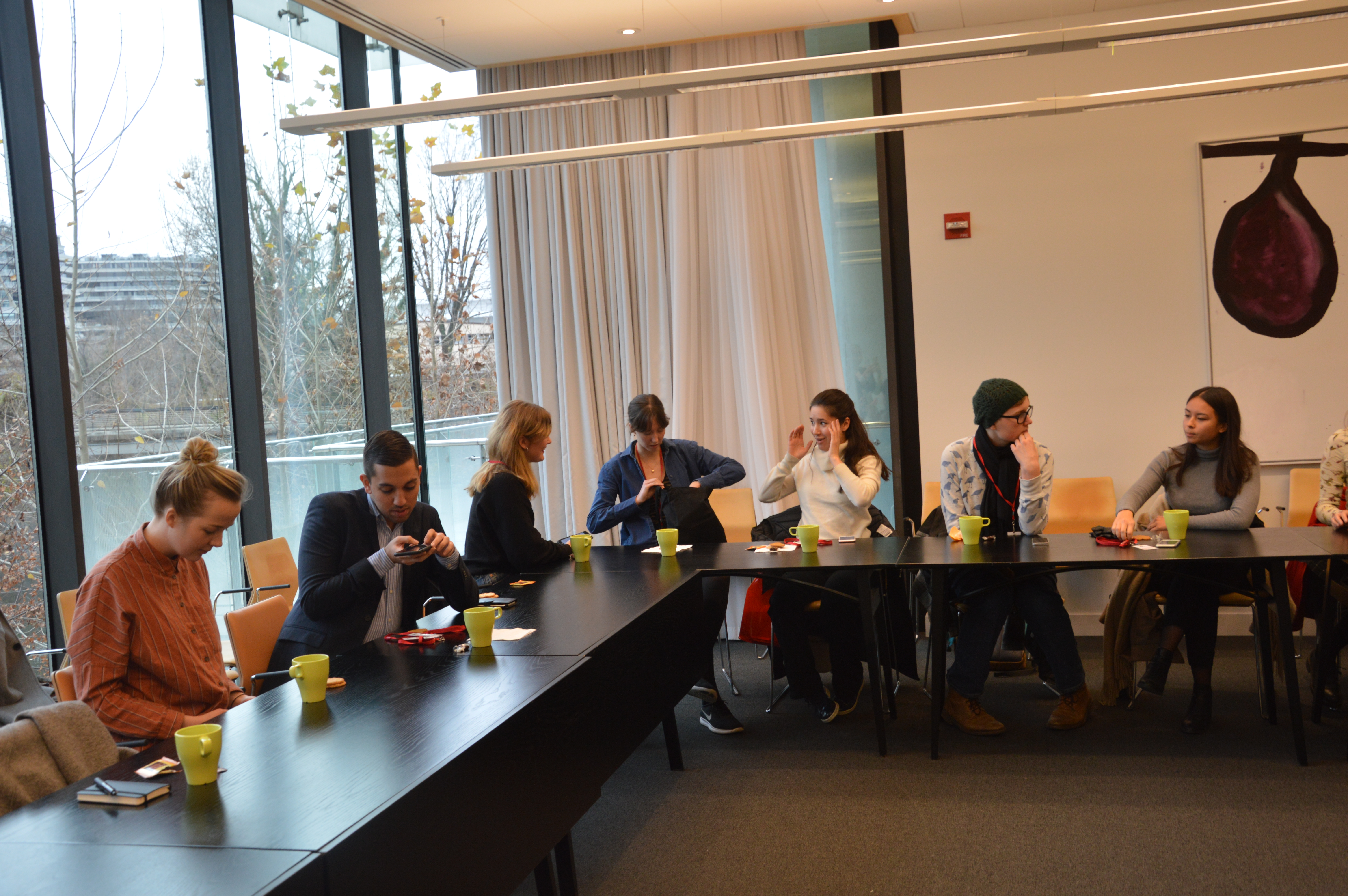 Of course you get fika when you are meeting swedes (in Ikea mugs even!). 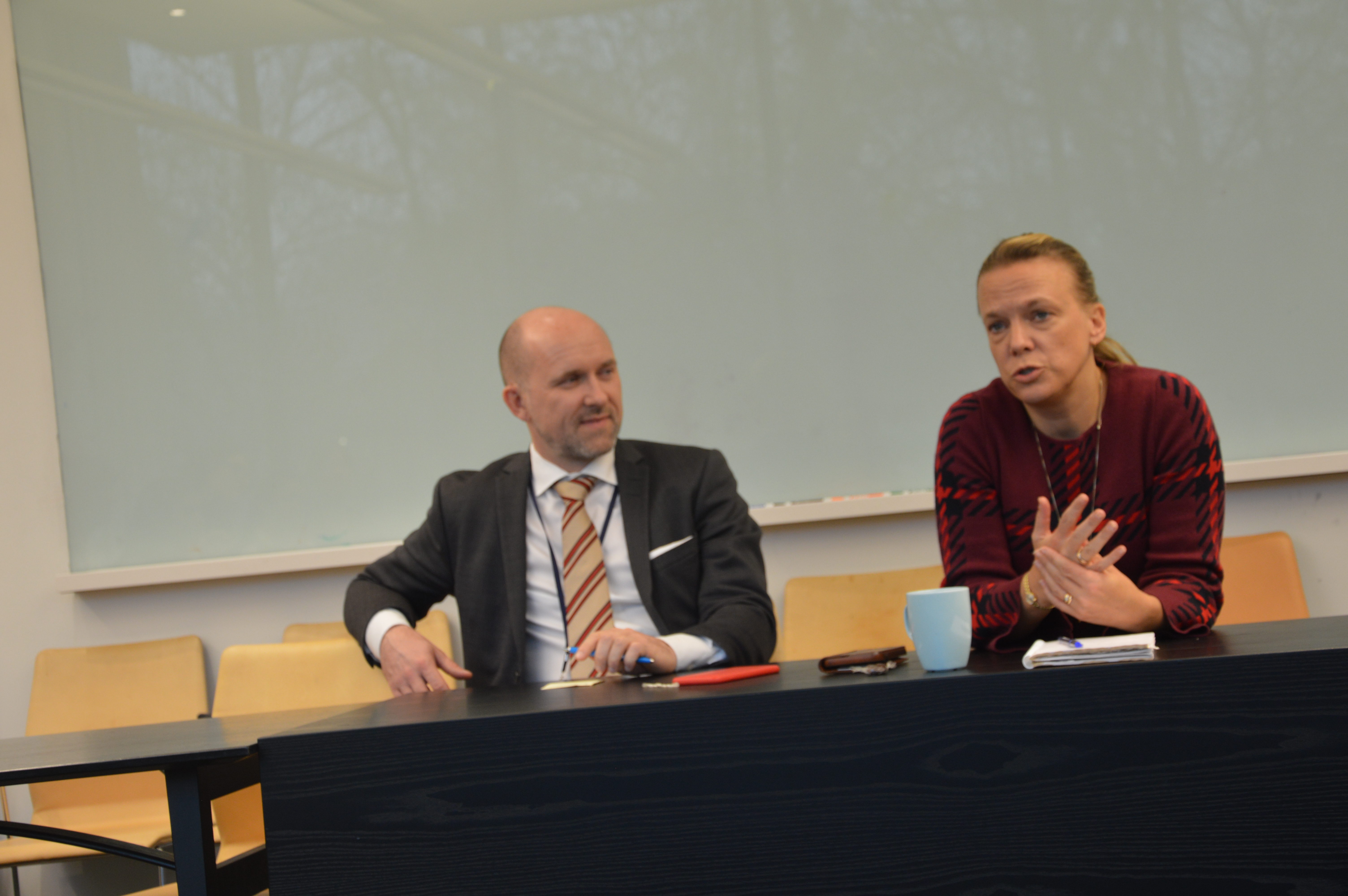 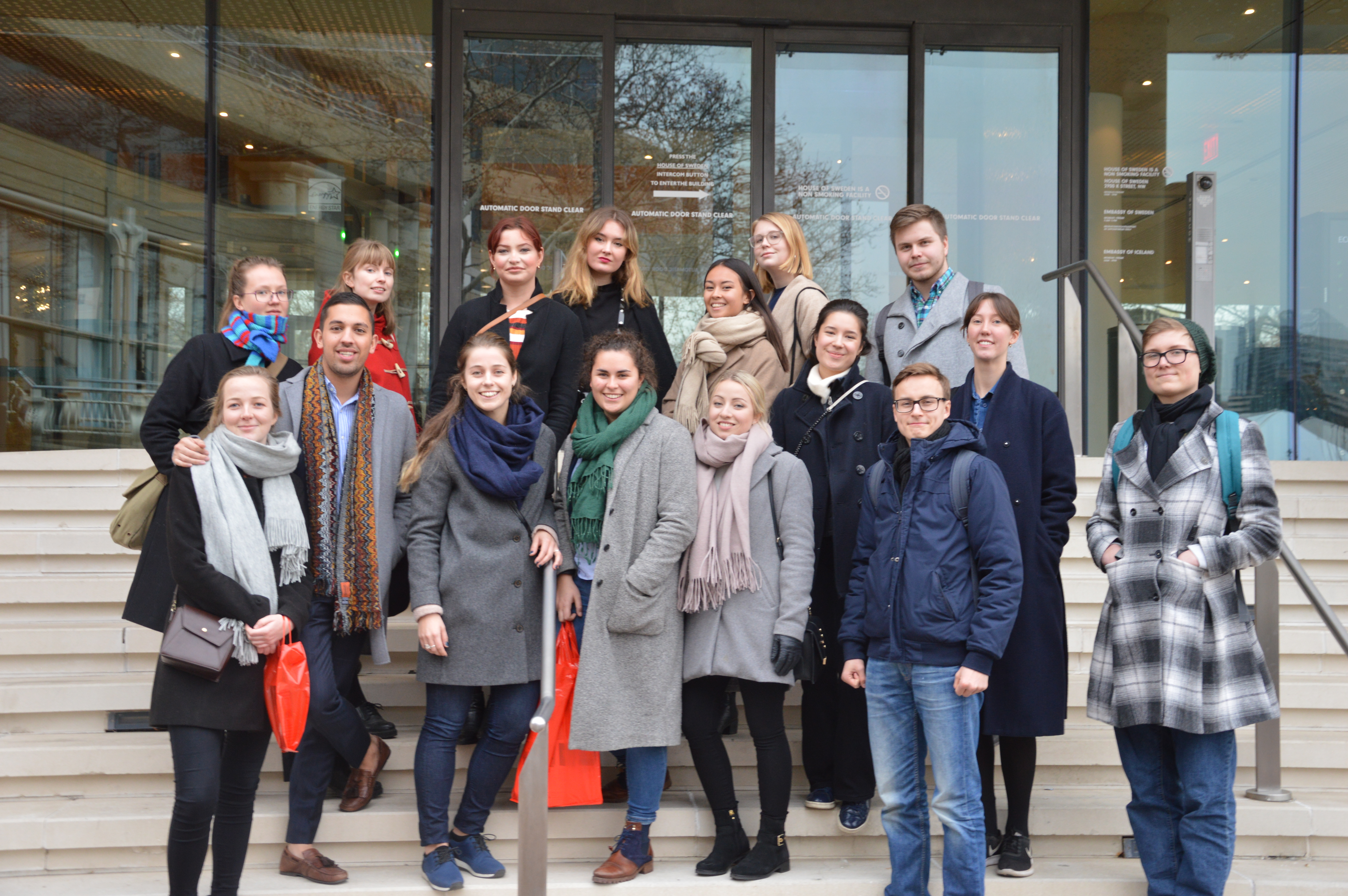 We couldn’t leave before getting a group pic outside House of Sweden (we’d like to thank a very perfectionist stranger who acted as photographer).


Since it was our last night together, we decided to order pizza for dinner. A strange mix of happiness and melancholy had hit us all; we talked the past week through, had a few beers and laughed at all the funny pictures we had taken. For some of us the night ended later than for others, after a glimpse of the exciting DC nightlife.
It’s impossible to summarize our week in DC in a single paragraph, but as you might have understood by now we were all completely blown away by the city itself, by the people we had the honor to meet and by the friendly atmosphere in the travel group. I think we can all agree on how memorable this trip will be. I even think more than one of us became just a little bit more certain about what to do with our lives.
Thank you for following along on our trip to Washington DC!
Rut Berling
P.S. A little note from Travel Coordinator Valentina:
‘Twas an honour and privilege to be part of this UF trip to Washington D.C., nothing quite compares to traveling as politically interested students. If you have been inspired to learn more about the UF Travel Group, or even excited to become part of the next journey, do not hesitate to join the facebook group, e-mail me at resa@ufuppsala.se or pop by the UF Office to say hello.
Share
Print page
0 Likes