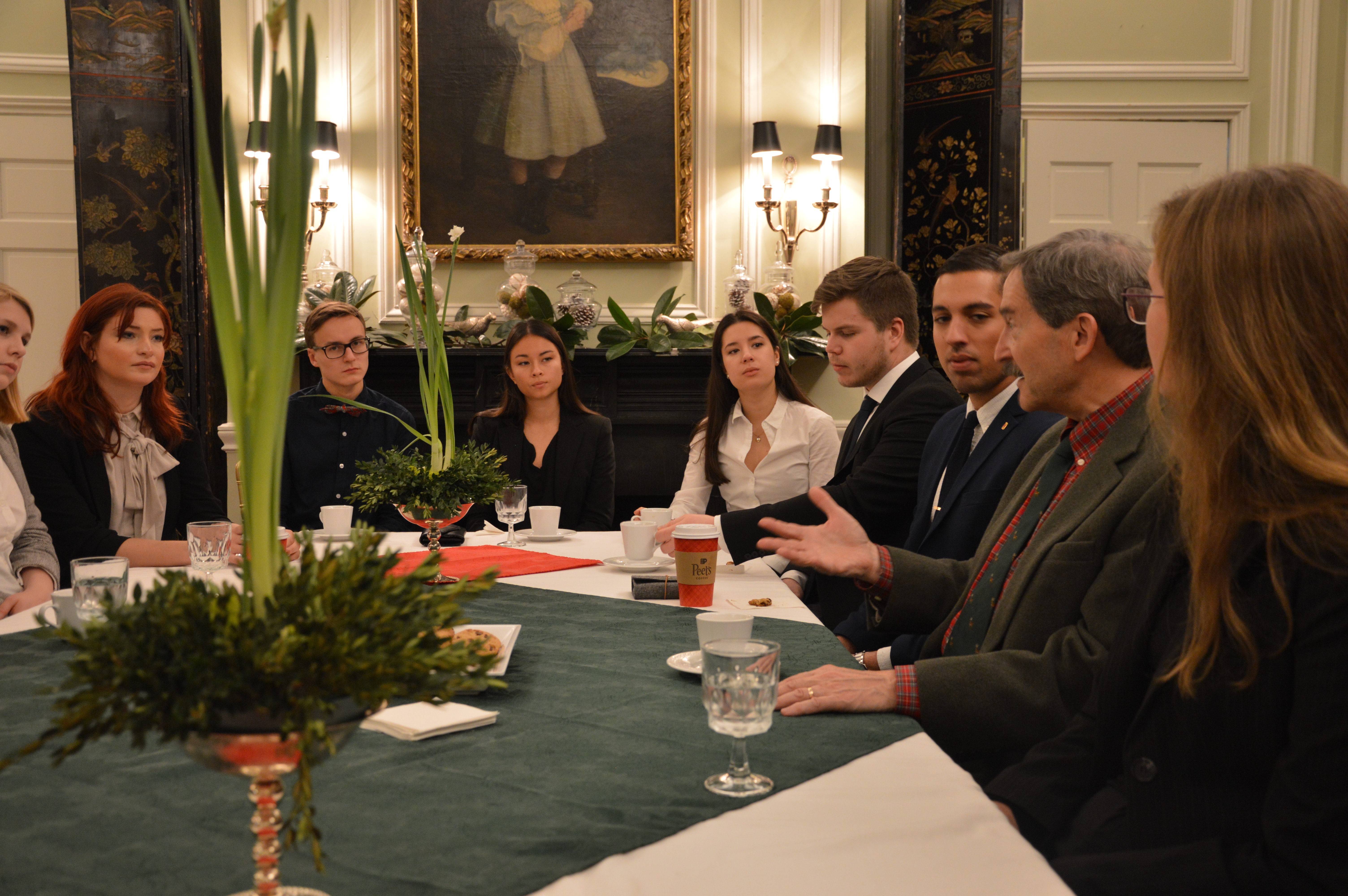 On Tuesday morning the travel group woke up bright and early and immediately climbed into our best formal attire. Because right after breakfast we were headed to The World Bank, where we met with Anna von Wachenfelt, Sara Gustafsson and Anna Frick, three Swedish professionals working in different departments of the organisation. They gave us lots of insight into the workings of the organisation, how the World Bank works to overcome poverty around the world as well as how they themselves had ended up working at the World Bank. It was both interesting and useful to get an insider’s perspective on such a mammoth organisation. 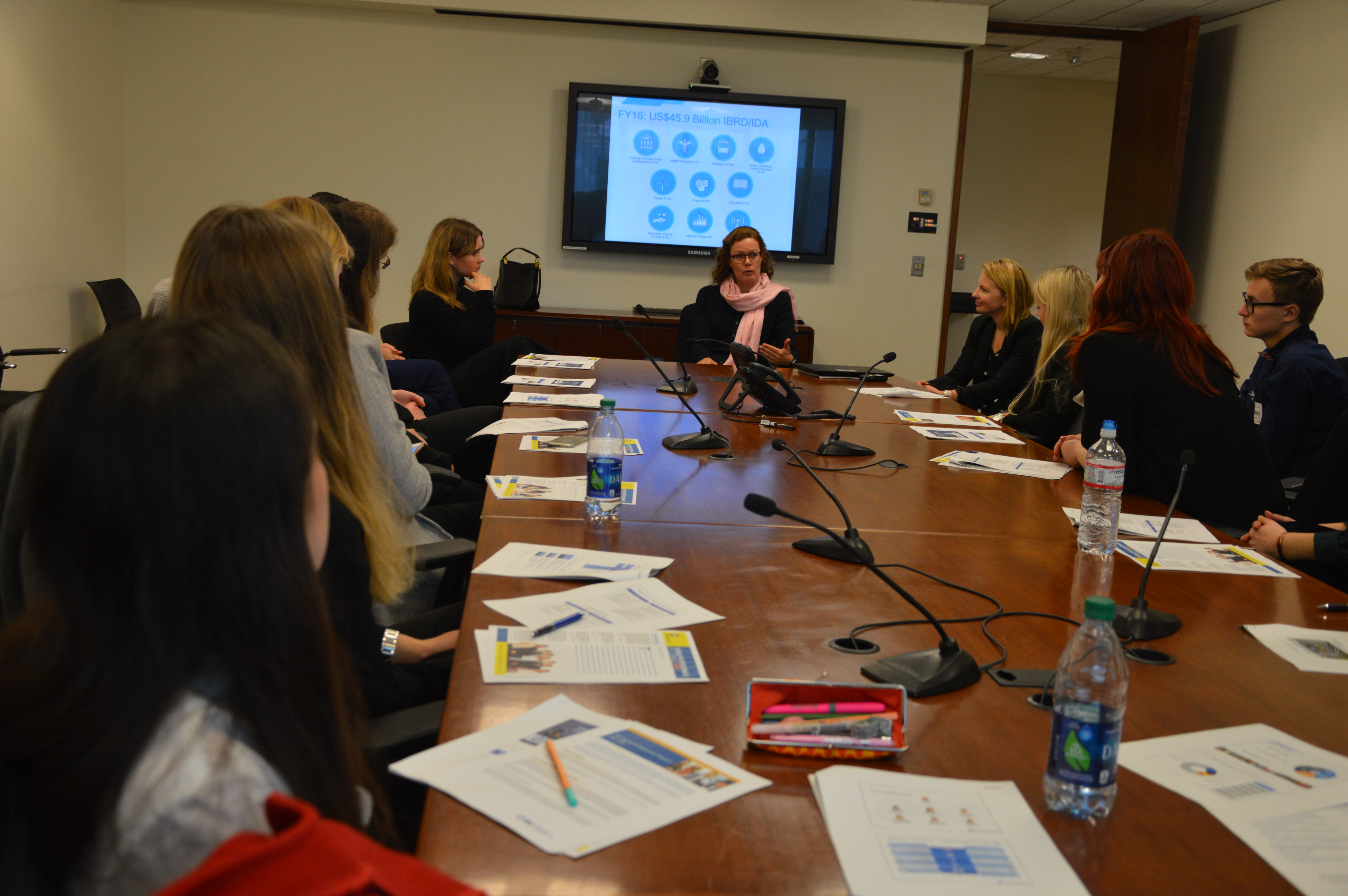 It’s not everyday that a few Uppsala students get to occupy a conference room at the World Bank HQ.

After this highly rewarding meeting, we had just enough time to grab lunch before rushing off to DACOR Bacon house, property of the Diplomatic Club. There we met with the delightful Paul Denig, a retired diplomat with experience from all over the world and numerous significant historical events. He welcomed us with open arms and home-baked chocolate chip cookies. We had a wonderful meeting around the dining room table amongst the exquisite old-fashioned interior of the historic building, beautifully decorated for Christmas. True Holiday cheer! Mr Denig offered fascinating anecdotes on everything from his work in a Germany divided by the Iron Wall, to the rewards and challenges of public diplomacy and what it’s like to have the world as one’s workspace. 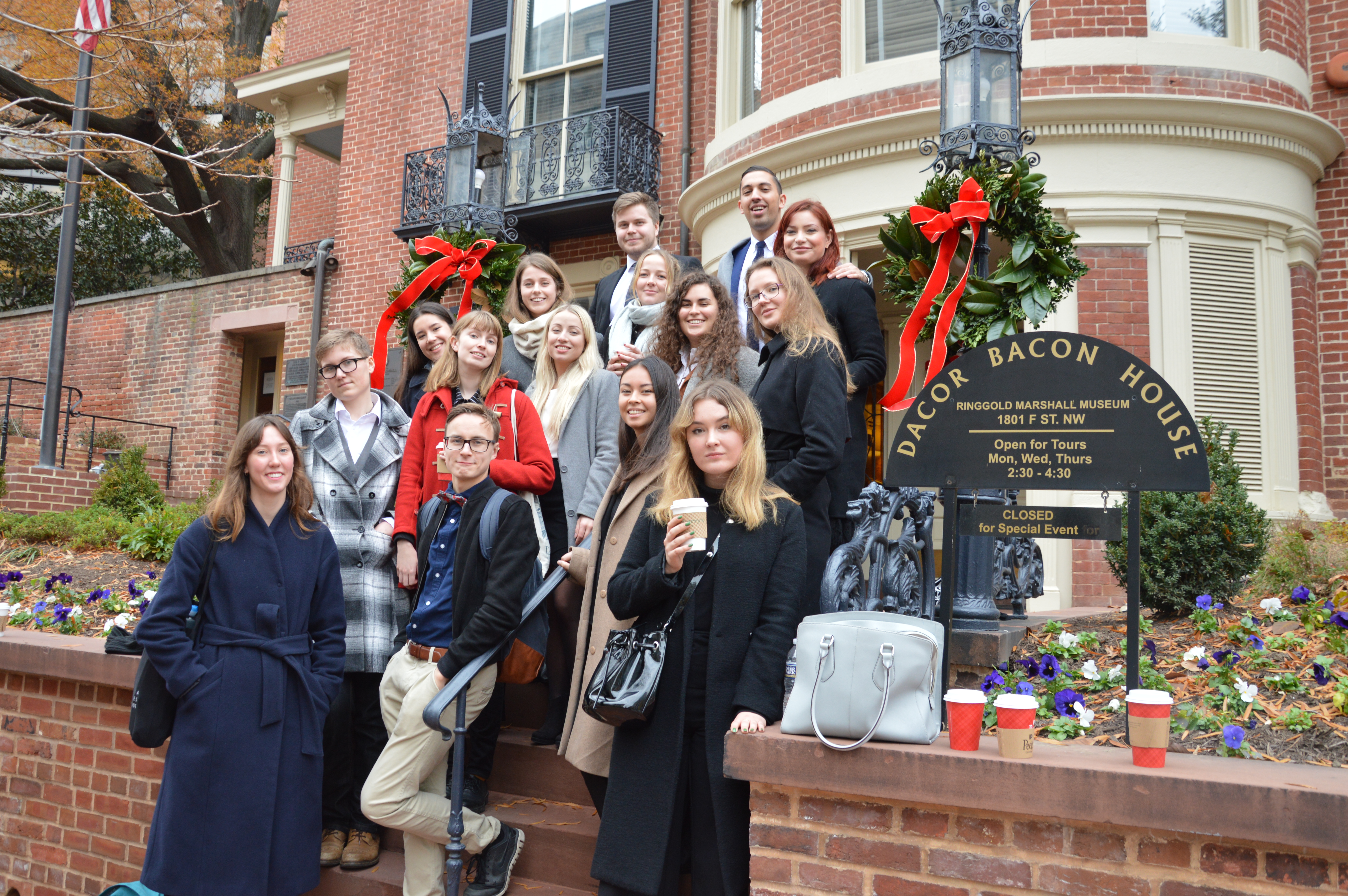 
Feeling busy and important, we then headed to our third and last meeting of the day: dinner with Ben Jacobs, political reporter for the Guardian. After two quite formal meetings, it was very rewarding to be able to have a relaxed conversation with him about American politics from a journalistic perspective. We were curious to learn what it means to work as a political reporter in the current political climate, and Mr Jacobs offered insight on topics such as what it’s like to interview Donald Trump, the importance of objective reporting – and the importance of Twitter.
After a busy day, a tired but happy travel group headed home to Euclid street. Full of new insights from three very different and equally interesting meetings, we were ready for beers and discussions, and excited for a new day tomorrow.
Beatrice Chamberlain & Marina Skovgaard Dokken
Share
Print page
0 Likes