Posted at 19:30h in Featured, Travel Blog by TravelCoordinator

Mingalabar everyone, this was our last day in Yangon before going to Bagan. After many meetings, this days meeting will be our last on this trip. Many interesting conversations combined with the heat and too much fried rice had made us quite tired, but we were hanging in there looking forward to meet with Pandita development group.
Pandita is a civil society organization dedicated to promote the civilian participation and practice democratic principles in the society. It was founded in 2011 by a group of young people from a range of social backgrounds, mostly students and foreigner political prisoners and activists. They have their office in Yangon and currently 9 people employed today. Their main-focus is to inform citizens and the local society on a grassroot level – “We can’t solve the problem, but we can inform the people, especially about democracy”. It’s quite a small organization with low capacity. As many of their members suffered long sentences, they lack higher education. 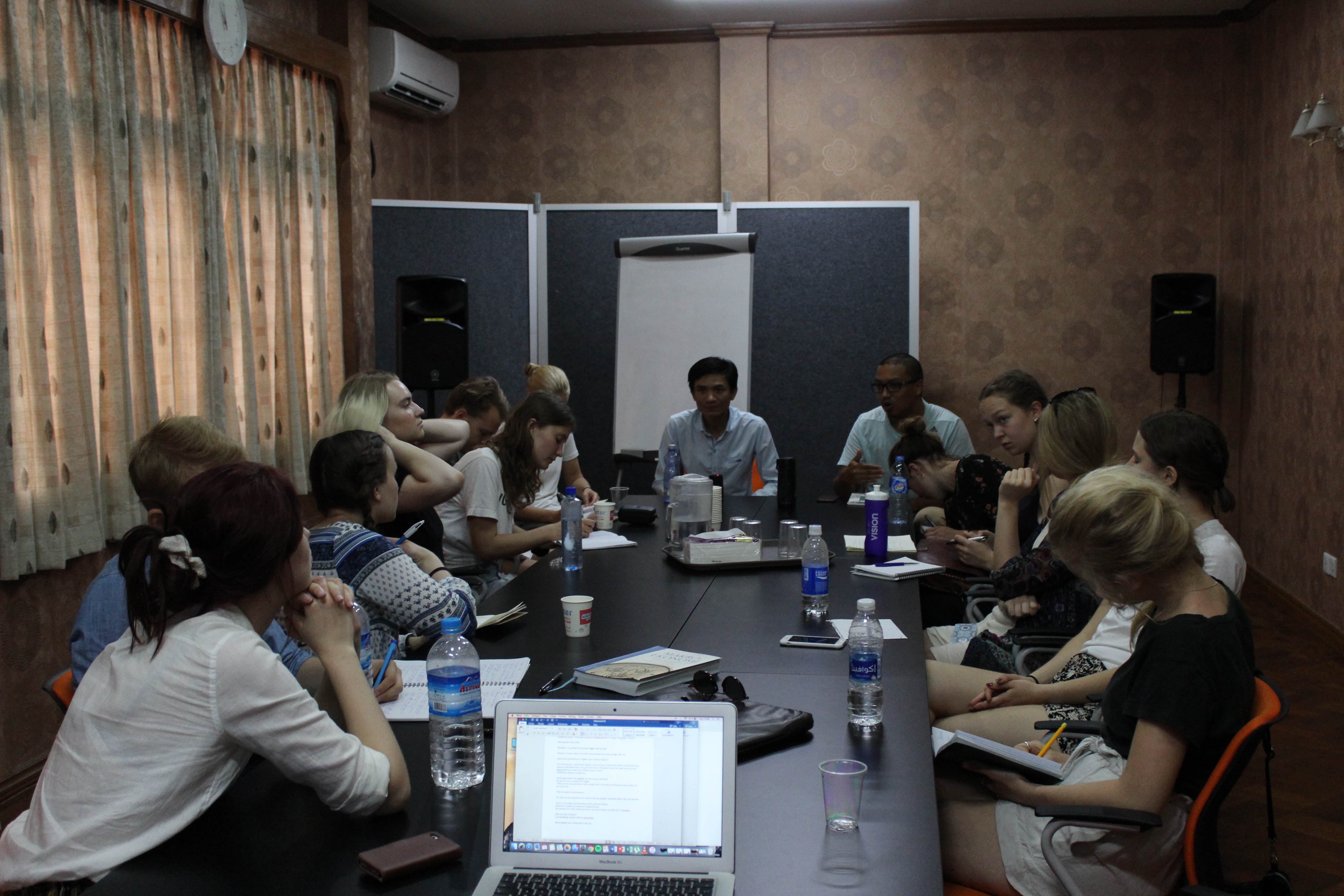 We met with two representatives whom shared their life stories and reasons to why they ended up working for this organization. After incarceration by the military regime due to political activism, they both possess a natural passion and cause to act for change in the Burmese civil society.
We discussed the difficulties and adversity to engage people in this country; most of the people in Myanmar have their trust in the top political sphere, not the local level. The civil society lacks a general knowledge about how power operates in their country. The structure of the constitution in today’s Myanmar is recognized as their main issue. This current constitution is limited and blocks the route to democratic change. Pandita’s work is therefore directed into spreading knowledge and information to enable change by empowering grassroots and the civil society to take active part in Myanmar’s reform process.
It was really interesting to hear their stories and our group had a lot of questions, mostly about their time in prison and their hopes for the future.
After the meeting we split up. Some, who yet had some energy left, went to Yangon Drugs Elimination Museum, whilst the other went to the Shangri-La pool area to study and recharged their engines before the long night coach to Bagan. 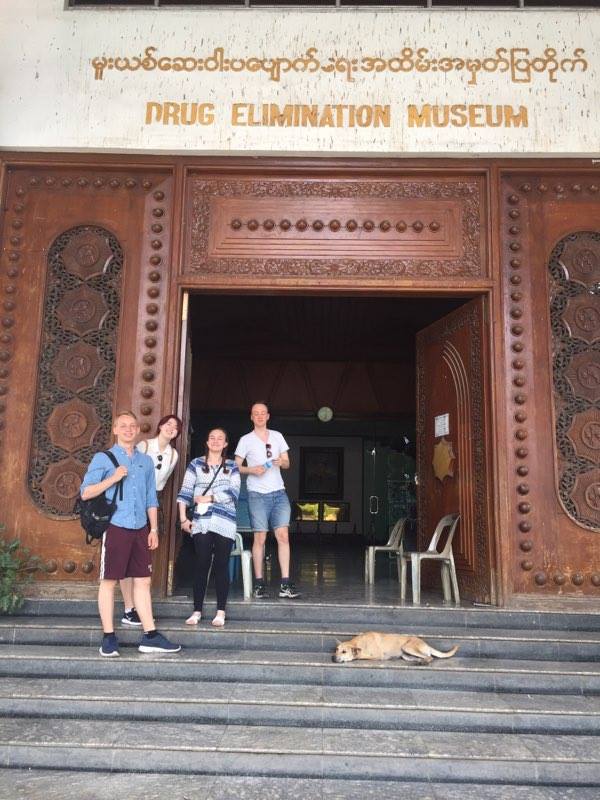 Yangon Drugs Elimination Museum was quite an experience. If you want to understand the Myanmar propaganda machine, this is the place. For example some facts about how westerners taught Asians to smoke Opium to control the population during the British imperialist era; how Columbia is the only world producer/distributor of cocaine; how traffic routes for Marijuana, Opium, Heroin, and Cocaine find its ways from the farms to the high-end clubs in New York and other western cities.
Although much of the focus was on the history of drugs in Myanmar, the greater part of the museum spoke about drug use and their destructive effects in general. On the ground floor there was an interesting, interactive attraction for the visitors, -The Drug Tunnel. It spoke about how drugs deteriorate the human body piece by piece by showing the story of a young couple, portrayed as wax dolls, using their first drug at a party which eventually lead them to their death. The museum also strongly promotes many of the organizations fighting drugs worldwide. Very interesting!
Tjing!

Wax dolls walking the path to death in The Drug Tunnel