UF in Ethiopia Day 1: Stories without boundaries and a taste for injera 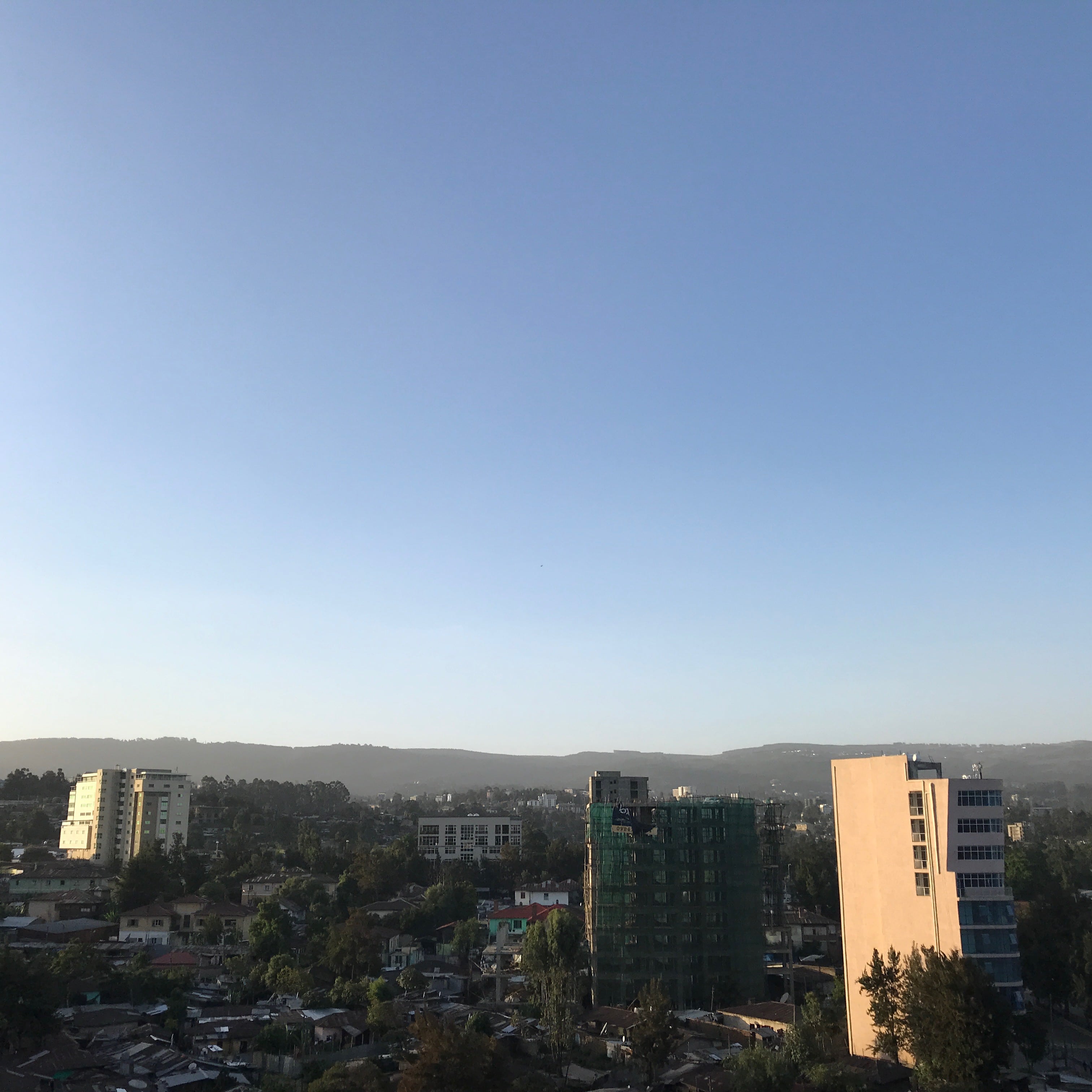 Welcome to the UF travel blog! The destination of this spring has been Ethiopia, a country in the horn of Africa that is currently undergoing a lot of political reforms and structural changes. On the fourth of May, 16 travelers set of to a long journey from Uppsala via Istanbul to Addis Ababa in Ethiopia!

A small part of Addis Abeba, with the mountains in the background.

After spending Sunday noon settling in, doing some snacks-shopping and sightseeing, we headed to our first meeting for the trip with the journalist Kumerra Gemechu. Kumerra works for Reuters and is based in Addis Ababa. He gave us a brief background story of the political turns Ethiopia has taken, from emperor Haile Selassie to current prime minister dr. Abiy Ahmed. During Abiy Ahmed’s relatively short time in office, Ethiopia has moved from one of the bottom countries on the press freedom index list to now having not a single journalist imprisoned. Because of this Kumerra could be generous in answering our questions and he ensured us that this would not have been possible just a couple of years ago. He told us that the prime minister’s plan for Ethiopia is to open up the country to the market and increase the possibilities for economic development (very interesting, especially maybe for those of us within the development studies programme as our course literature has not been very fond of neo – liberal markets and their consequences for gender equality, among other things). 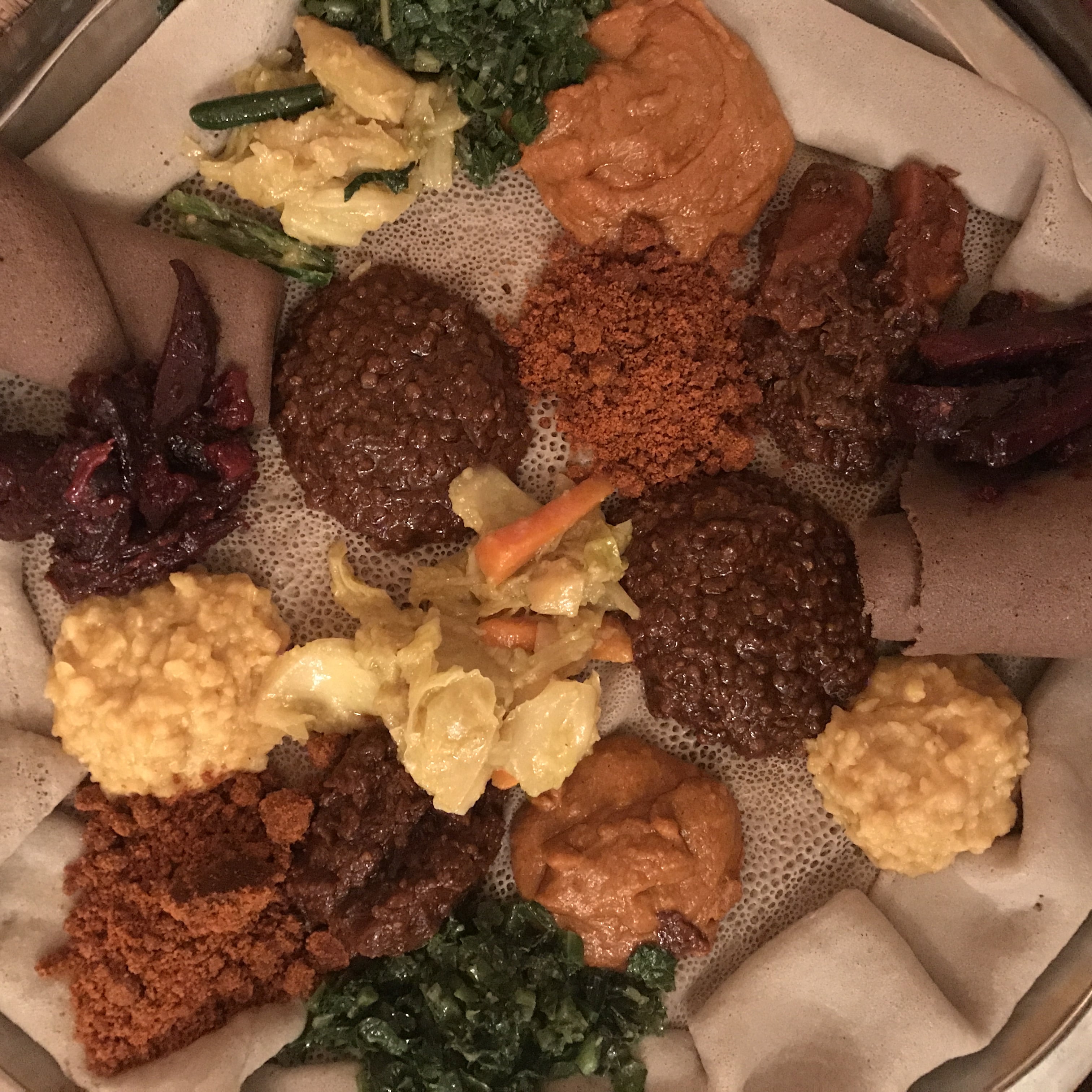 We were very eager to dig into traditional ethiopian food, especially injera, a pancake similar bread with a slightly sour taste made from teff, a grain that grows in the ethiopian highlands. Injera is consumed with various stews, for example shiro that is made from chickpeas or the chicken stew named doro wat. On the night of the fifth we joined Alicia, who is an intern at the Swedish Embassy in Addis, to a restaurant that served exactly that and we were not
disappointed!

All this meant a good start and a promising one for the rest of the trip!