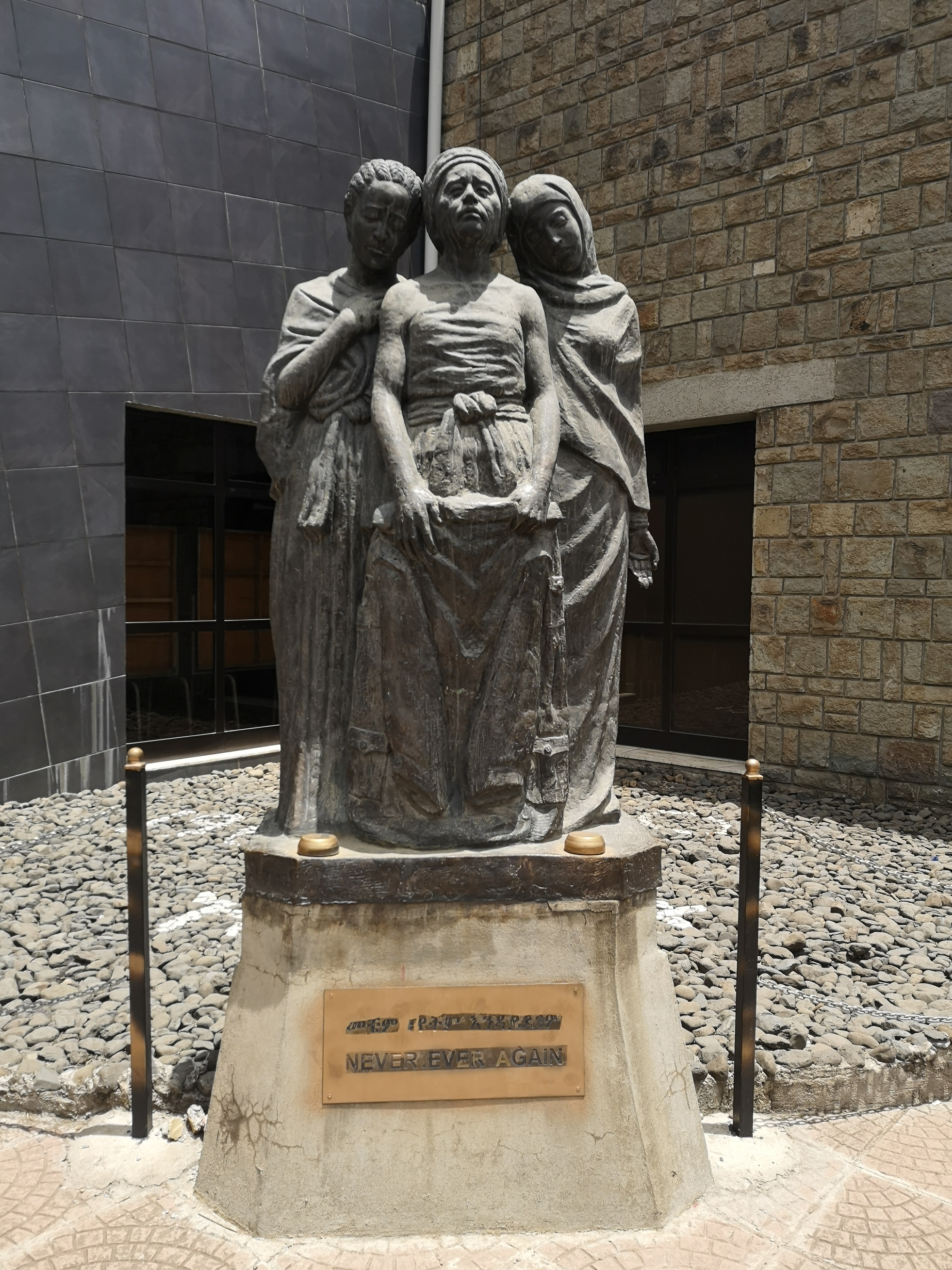 Posted at 09:12h in Ethiopia, Travel Blog by TravelCoordinator

After starting off our Tuesday with breakfast, we went to the Red Terror Memorial Museum. It was a small but very important and moving place, as it explained the rise and acts by the communist regime between 1974 and 1991, and the killing and torture they exposed to the people. The museum showed pictures of demonstrations and leaders, clothes and photos of some of the 500 000 people who were killed, and also long lists of people whose pictures had not been found. I (Ida) spoke to a woman whose husband was on those lists, and she told with tears in her eyes that this was her and her husband’s younger brother’s first time visiting the museum. It left a deep impression and bigger understanding of what Ethiopians have gone through. 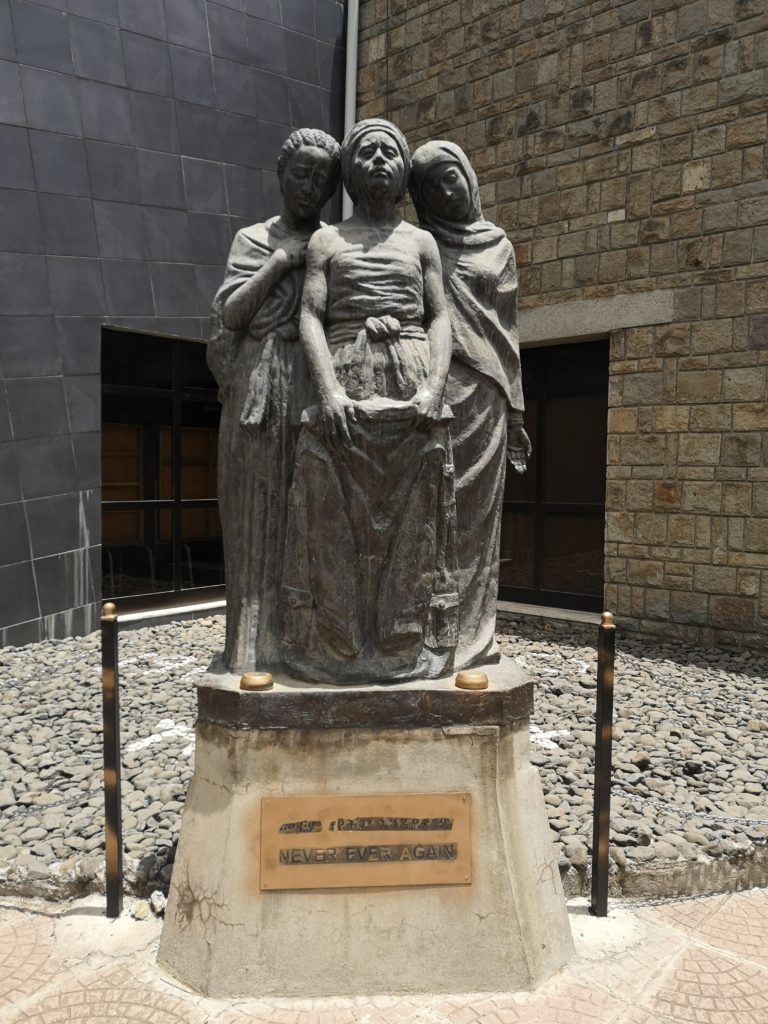 Statue of mourning mothers outside the Red Terror Memorial Museum

Coming out from the museum we thought it would be nice to take the over ground commuter train (buildt by China) to our next meeting. We managed to find tickets to the price of 2 birr (0,07 dollar), waited a few minutes just to realize that the train was PACKED with people. Packed in the sense that the last person to enter had to be held in by the other passengers for the door to close. So, we dropped the train idea and grabbed taxis. 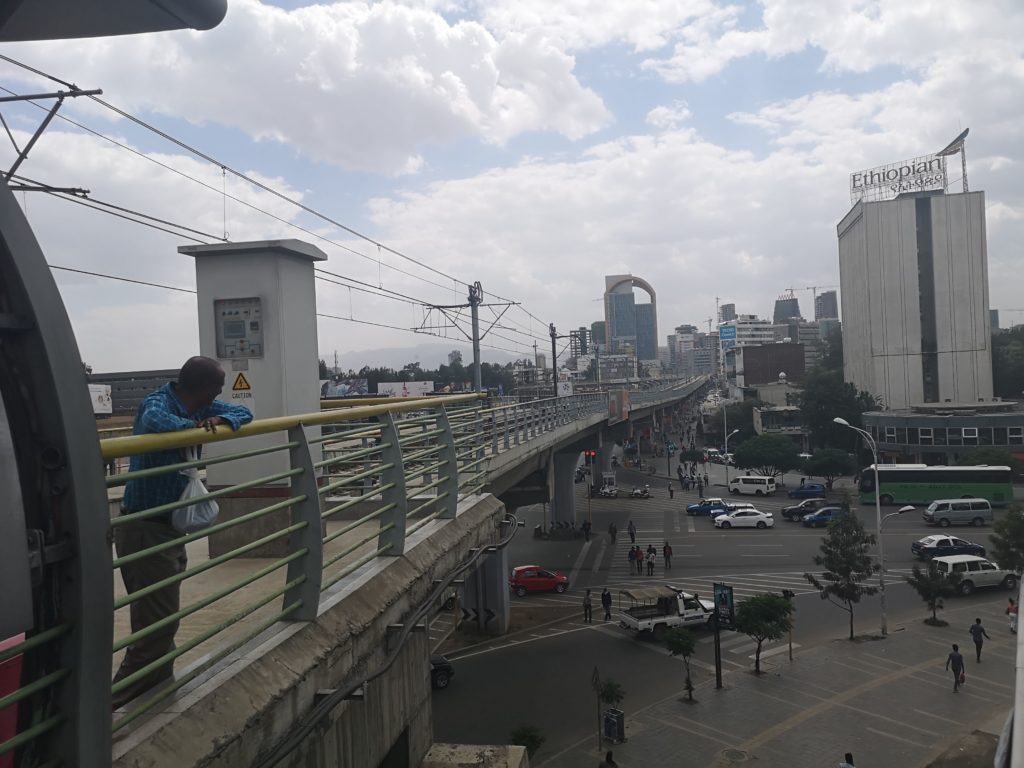 The ring line, hosting the over ground commuter train

We finally managed to get to the EU-delegation for the African Union and were greeted by Erik von Pistohlkors that has a high position in the delegation. He presented some of their work and we got to ask him questions about the work and influence of the EU there, how they relate to the colonial past many EU countries have on the African continent and how they see the progress and the challenges of the African Union right now. We got many new perspectives and information, for example that the AU is having issues spending their budget, since they are underemployed because the rules for which people should be on which position are very strict. We also learned that about half of the AUs money comes from the EU and that the European Union have great interest in a functioning African Union, as they want peace in their neighboring region. 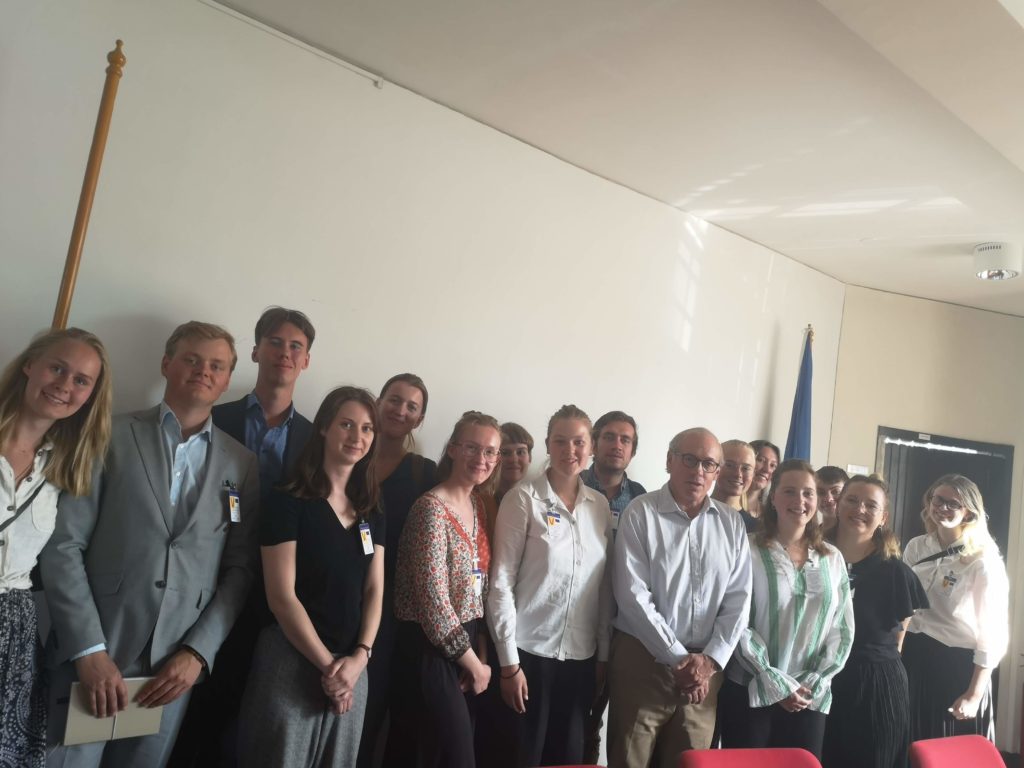 After a day full of new experiences we decided to go to a recommended restaurant at night. In Ethiopia the traditional food is called injera, a big sourish pancake served with different sauces, pieces of meat and stews. We ordered big plates enough for several people with mixed toppings and it was very, very tasty. One of the sauces that we thought was tomato turned out to be Kitfo, minced raw meat marinated in spices and herbs. After understanding what we were eating (some of us vegetarians) a sort of anxiety spread in the group, hoping that we would not bring home some more friends in our stomachs back to Sweden. We decided to drown our worries in beer at an amazing club and managed to have the night of our lives instead!