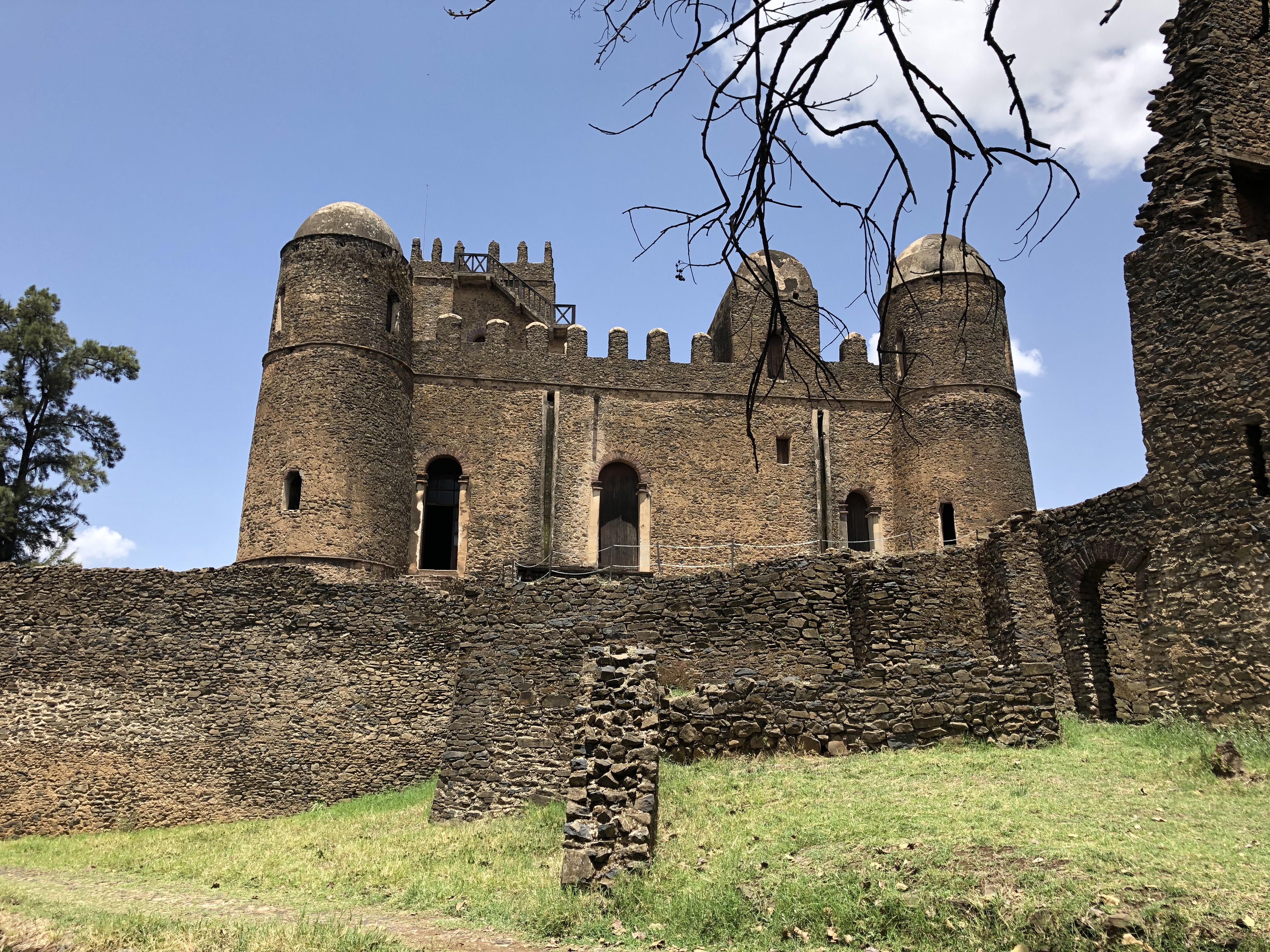 It was our last day in Ethiopia, and we woke up well rested and ready for breakfast! Except for some people, who woke up to the discovery of some new bed bug friends. These were soon forgotten however, as we headed out into the streets of sunny Gondar. Situated at a height of 2,300 metres, the town is full of steep hills, trees, and small, tin-roofed houses. The walk to breakfast provided us with lovely views of the surrounding landscape. We then proceeded to a quiet café where we were surprised by the best Ethiopian breakfast yet! As well as some good opportunities for people watching. 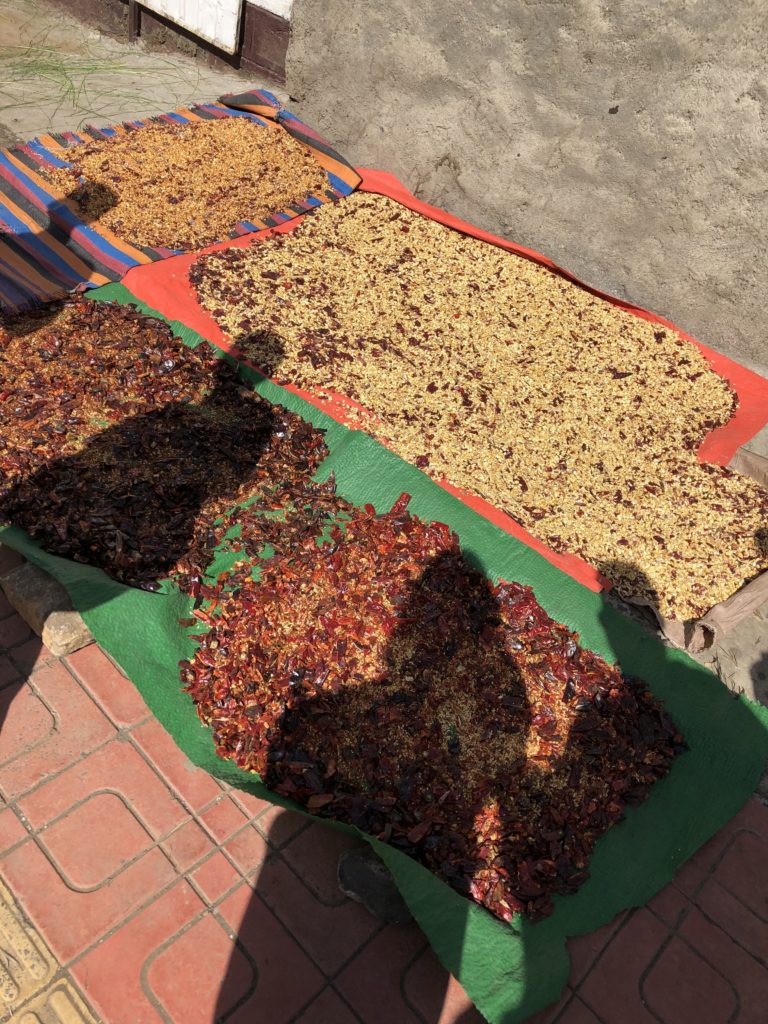 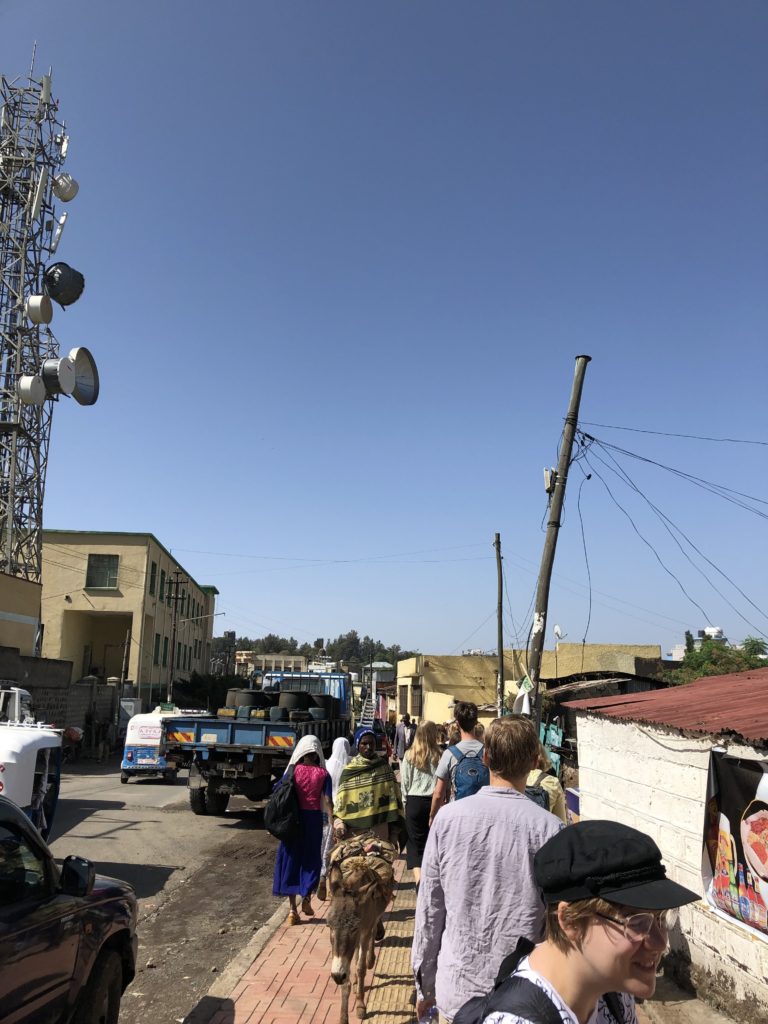 A Gondar street on a Monday morning. 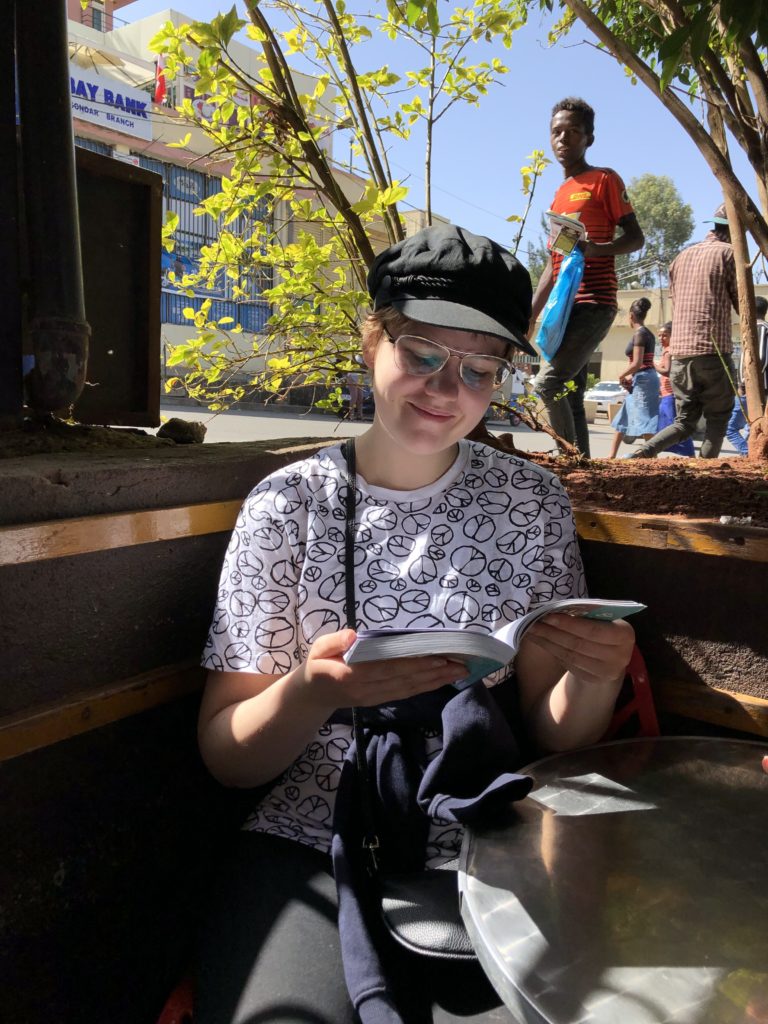 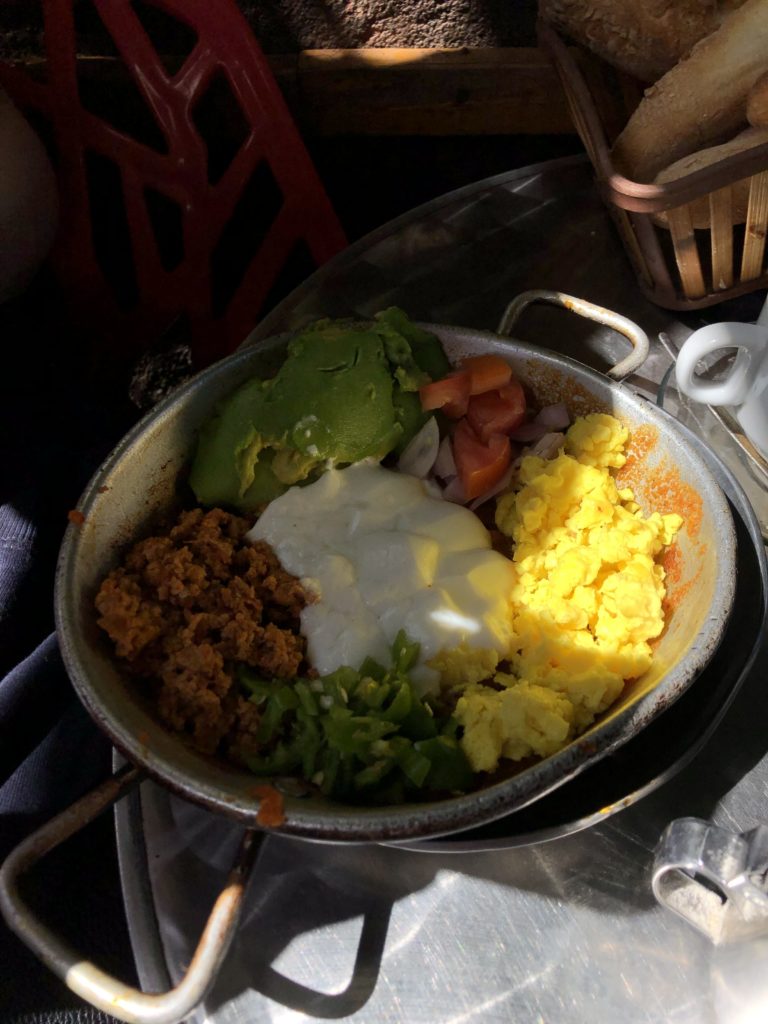 Linn reading the Lonely Planet while waiting for breakfast.

After breakfast, it was time for history nerds Ebba and Bea to have a field day again. Because as the Lonely Planet says, “It’s not what Gondar is, but what Gondar was that’s so enthralling.” Gondar was in fact the capital city of Ethiopia from the mid 1600’s to the mid 1800’s. As a powerful reminder of those 200 years, the town holds a big, walled enclosure full of ruins of castles and palaces put in place by different emperors. Defying the heat, the group headed off to explore this 70,000 square metres World Heritage site. Or as some people preferred to call it, “old stone”. Although the castles have taken some hits from both earthquakes and World War II bombs, these remains of former glory were still impressive. 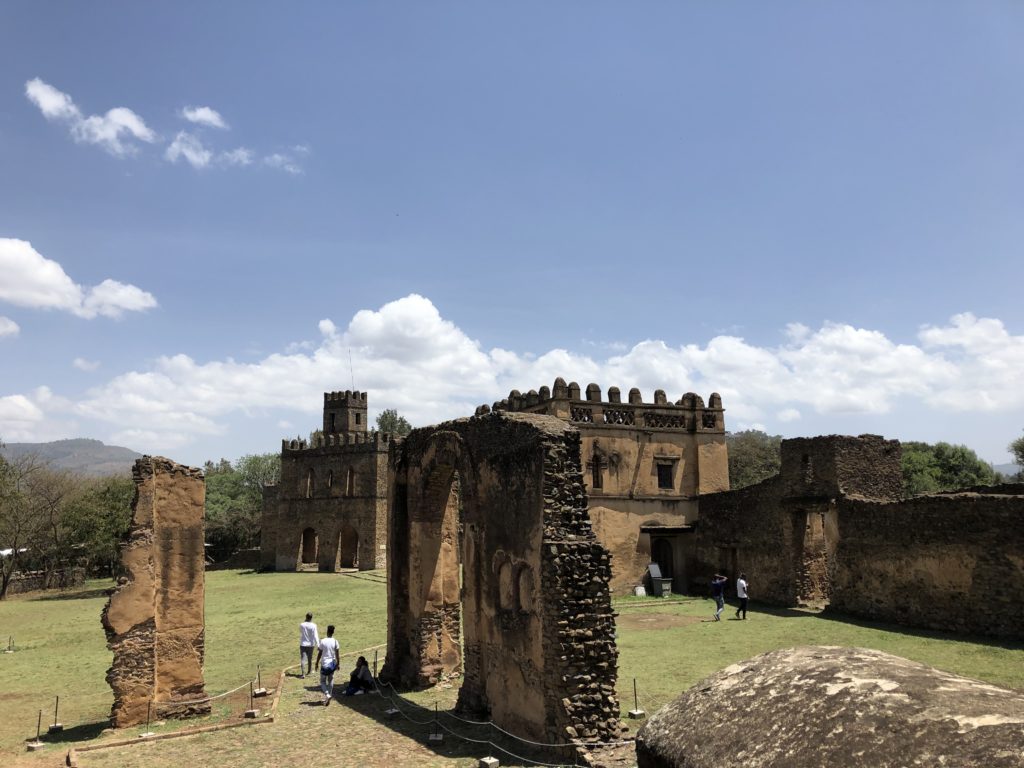 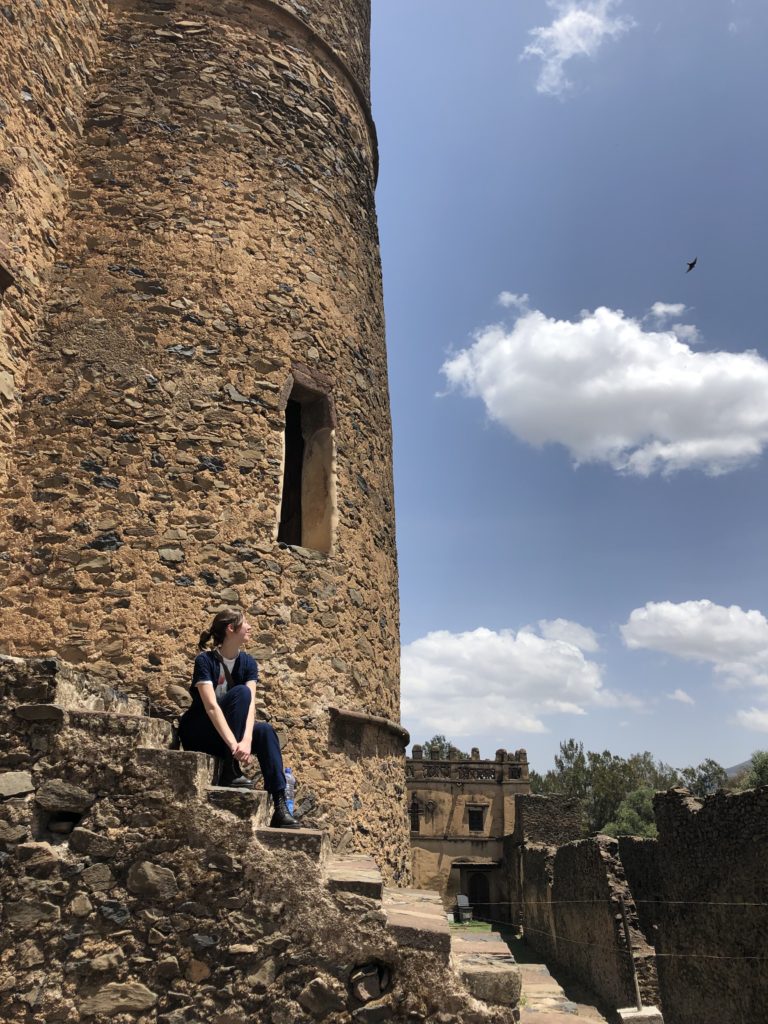 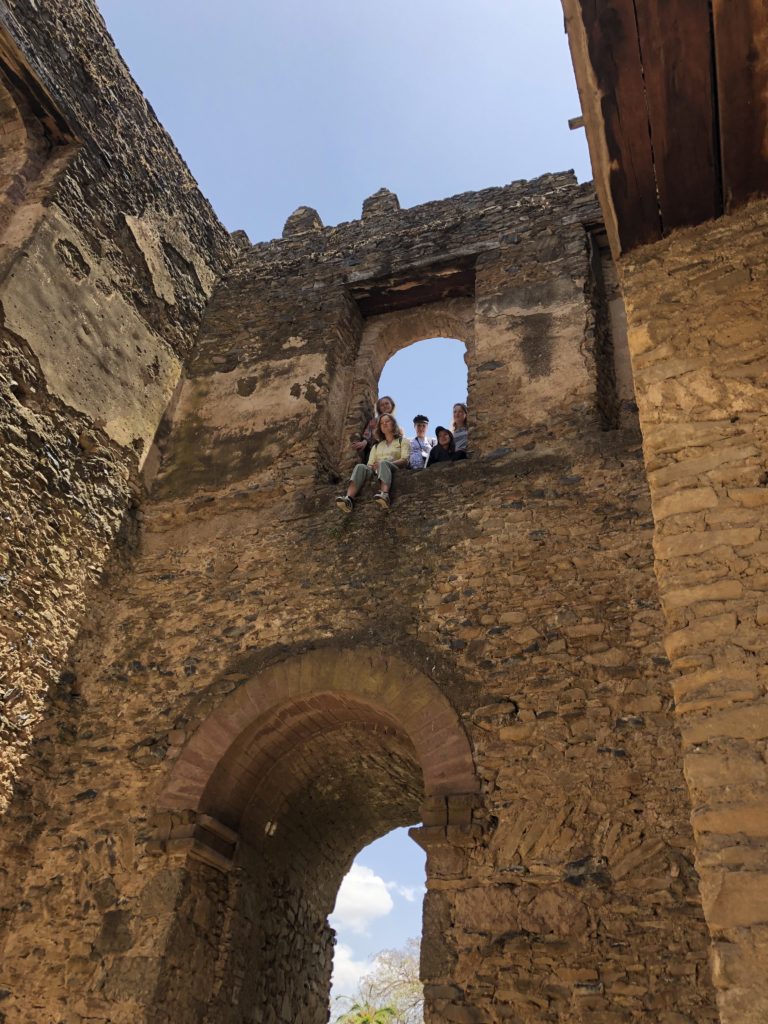 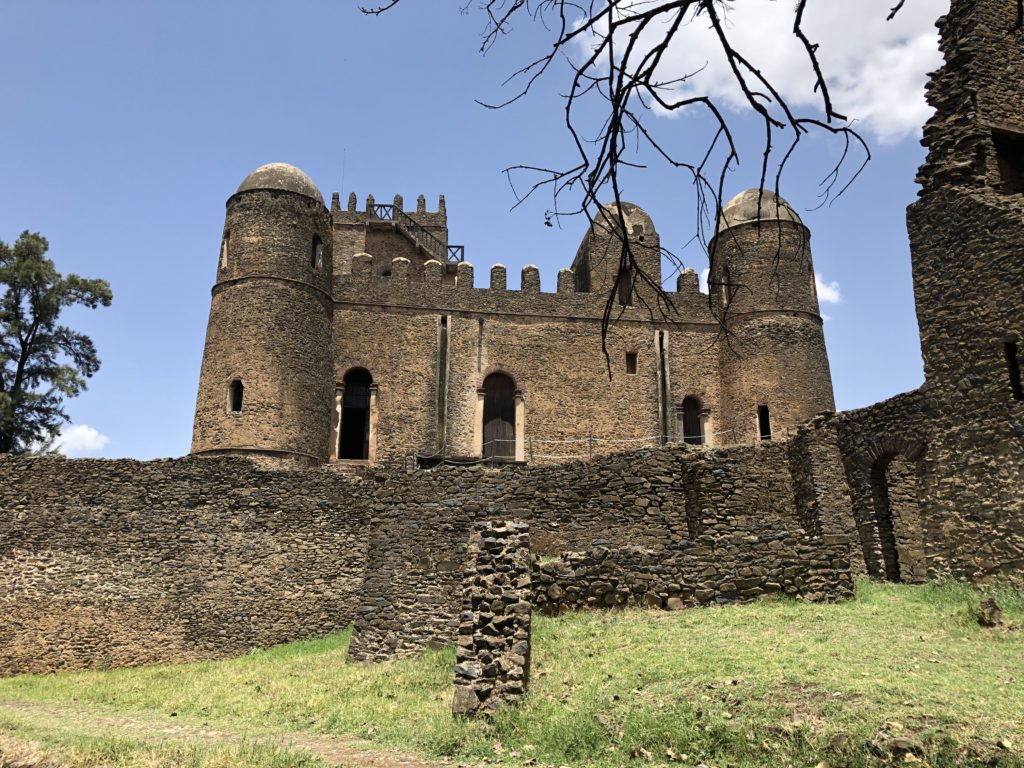 I think even the non-history nerds were at least a little bit impressed by this old stone.

After a lot of exploring, we left the castles and headed to the markets in search of coffee, Addis tea and berbere. After one last lunch (for those with stable stomachs 🙂 ), there was nothing left to do but wander back to the hotel, climb into taxis and head off to the airport to begin the long journey back to Uppsala. Tired and nostalgic, but happy and full of impressions, we ended our last day in Ethiopia on the steps outside Gondar Airport, singing Den blomstertid nu kommer, as the sun set and the airport staff laughed. It was a good last day. 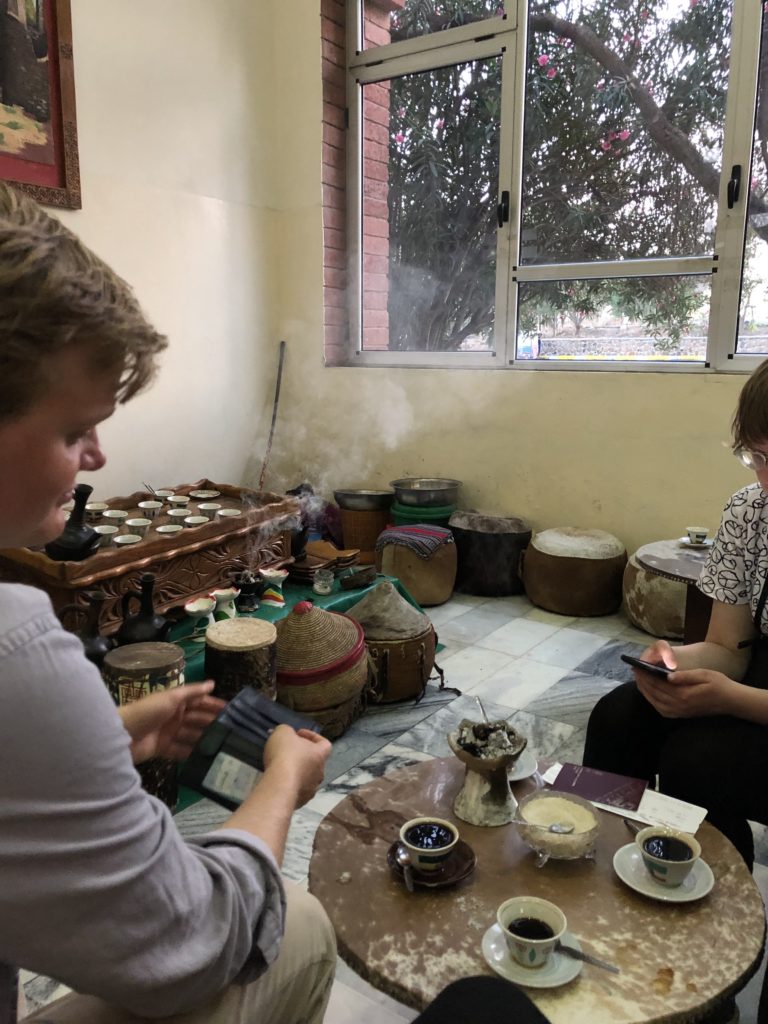 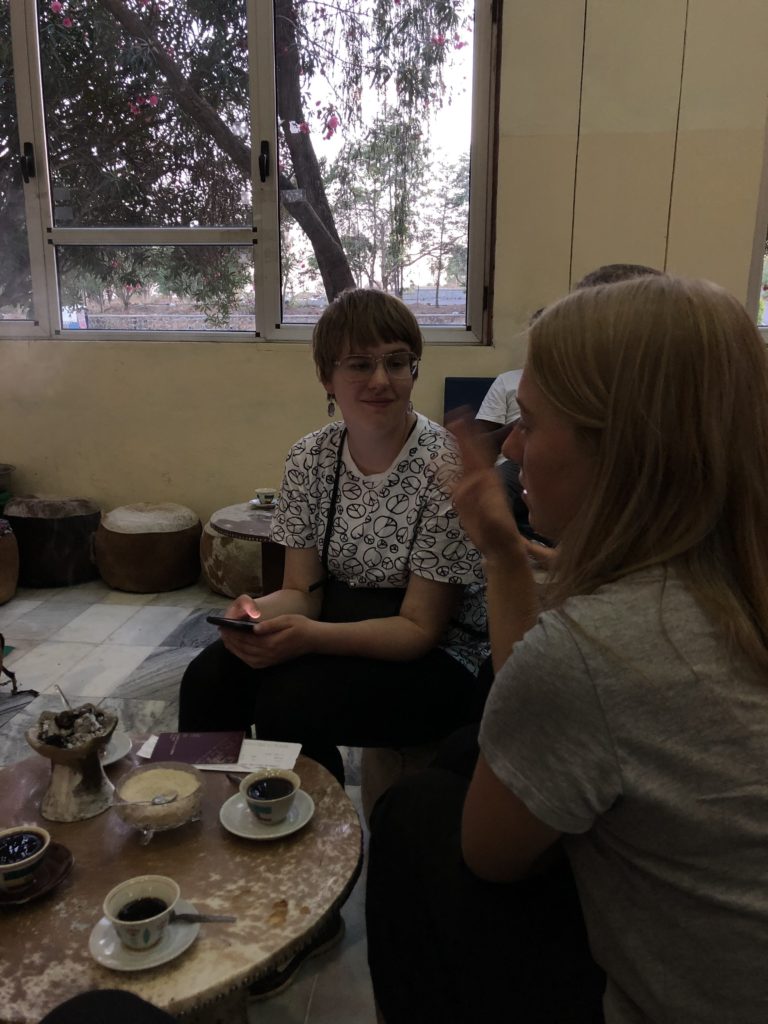 One last coffee ceremony in the airport check-in hall.