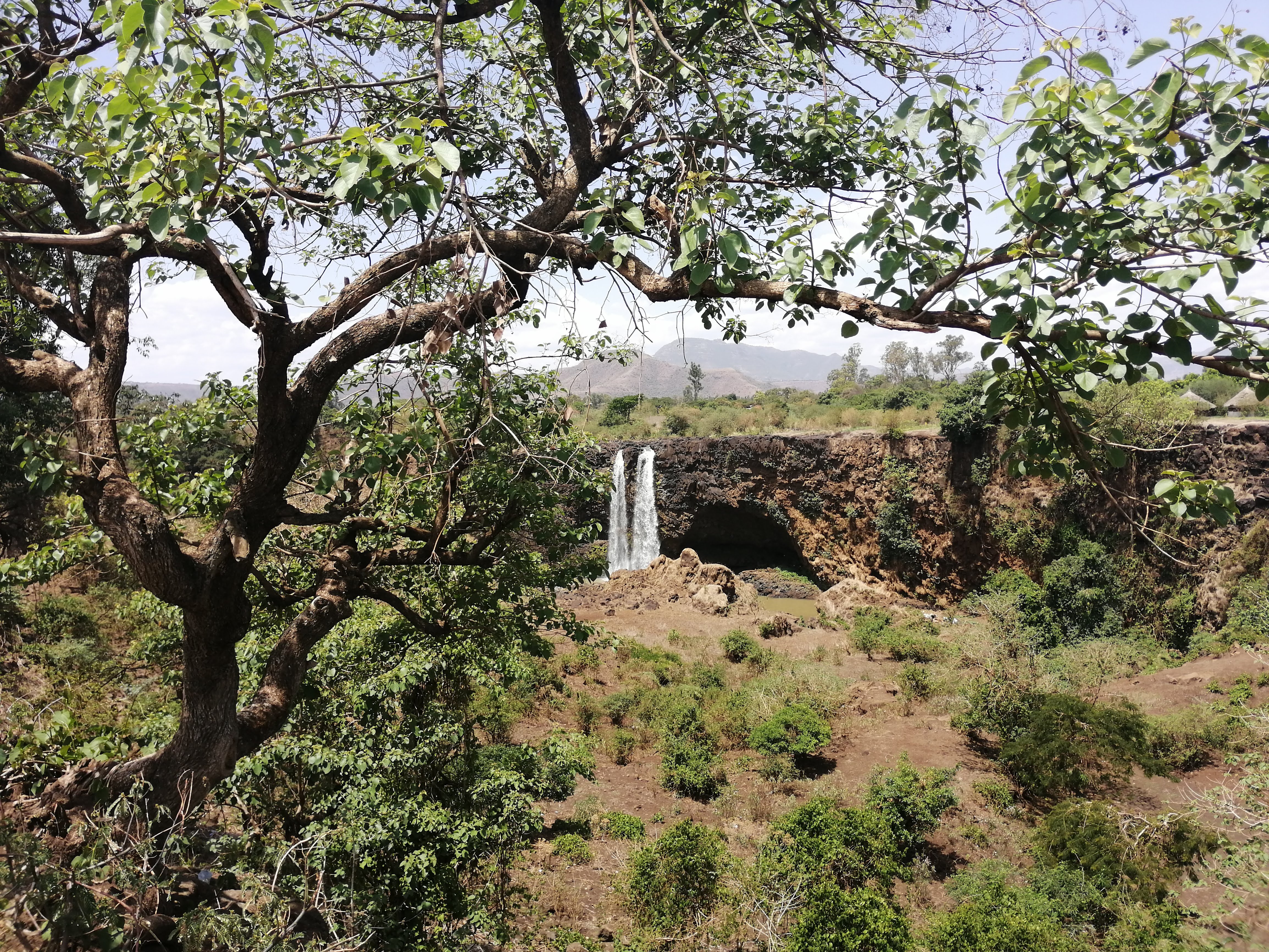 Sunday the 12th was partly a travel day when we went from Bahir Dar to Gondar, but we did have time to see some sights as well as experience possible the best – as well as a more questionable – food experience during the trip.

Staring of at the morning, some of us went to see Blue Nile Falls, a waterfall on the Blue Nile river in Ethiopia, known in Amharic as Tis Abay, and apparently very beautiful if you get there the right time. Others, such as myself, were not feeling on top and stayed at the hotel to enjoy their facilities and rest before the upcoming trip to our final destination, Gondar.

Staying at our hotel in Bahir Dar was a different experience. The hotel itself was magnificent! It had beautiful architecture and luxurious rooms with surprisingly high standard, at least for our budget. On the contrary, the service in the hotel restaurant was somewhat confused, to the point of being really amusing for us and the staff alike. Maybe the language barrier played a part in this, but there seemed to be a great deal of uncertainty regarding what meals they actually served – the menu was apparently based on “wishful thinking”. Either that, or the English translation of it was just not up to date. They informed us early of being out of stock on chicken and fish, but it was nevertheless a great surprise for the whole group to hear that, after having ordered french fries and waiting a good, long hour, they were apparently out of potatoes as well.

Being out of supply on different comestibles seemed to be a recurring theme for some of the restaurants we visited, but the food that we were served was many times just amazing – especially the local, Ethiopian food. Not the least when had arrived at Gondar, the same night, and found the beautiful little restaurant called The Four Sisters, which served some of the best food on the whole trip. A great variety of different Ethiopian stews and sauces, with many amazing both vegetarian and meat-alternatives, made for a satisfying meal for the whole group.

After our cozy dinner in Gondar, we went straight back to the hotel. Everyone felt really happy and satisfied, but also tired, so we all decided to end our last evening in Ethiopia early.